Bengals QB was really bad in first half against the Browns 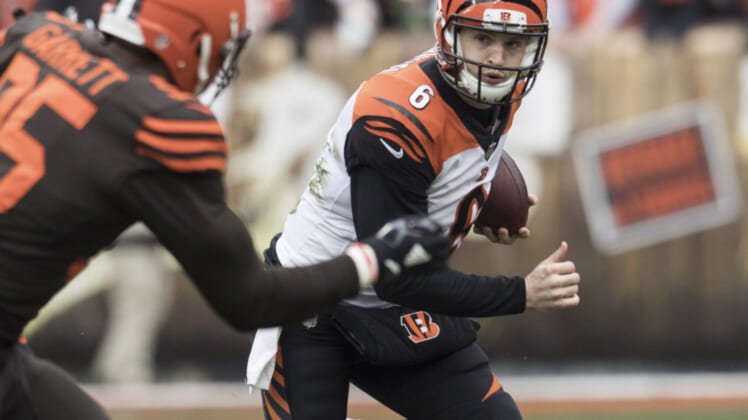 The Cincinnati Bengals might be playing for nothing more than pride at this point in the season. That hasn’t stopped the last-place team from completely embarrassing itself.

The latest example of this came in the form of backup quarterback Jeff Driskel. Replacing an injured Andy Dalton under center, the former late-round pick was absolutely horrendous against Cleveland in the first half on Sunday.

How bad? Driskel completed 2-of-6 passes for three yards en route to seeing his Bengals trail 16-0. Equally as impressive, Cincinnati finished the first half with negative-15 net passing yards.

Jeff Driskel’s first half against the Browns:

That’s hard to do. In fact, we’re just going to go ahead and congratulate Cincinnati for a level of futility few before it has reached.