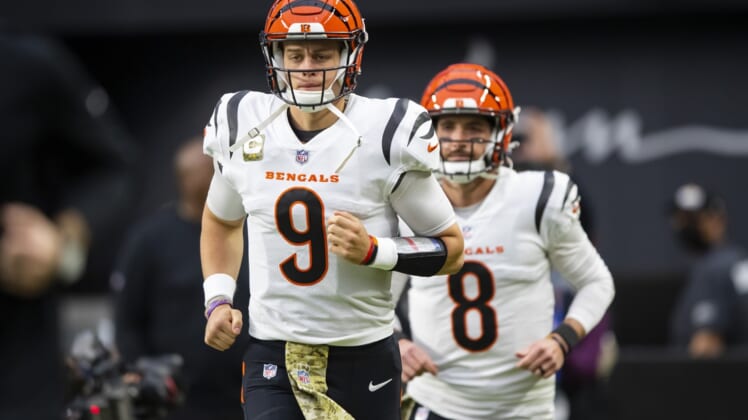 The Cincinnati Bengals are on high alert after placing backup quarterback Brandon Allen on the reserve/COVID-19 list Monday.

All eyes are now on starter Joe Burrow for the AFC North-leading Bengals.

The Bengals (9-6) control their own destiny with two games remaining — this week against the Kansas City Chiefs and Week 18 at Cleveland. The Bengals hold a one-game lead over Baltimore in the AFC North.

Allen, 29, has appeared in four games this season and has one touchdown pass. The Bengals carry just two QBs on the active roster. Jake Browning is on the practice squad.

Burrow is having a monster second season, completing an NFL-best 69.9 percent of his passes for 4,165 yards. He has 30 touchdowns against 14 interceptions, tied for the most in the league.