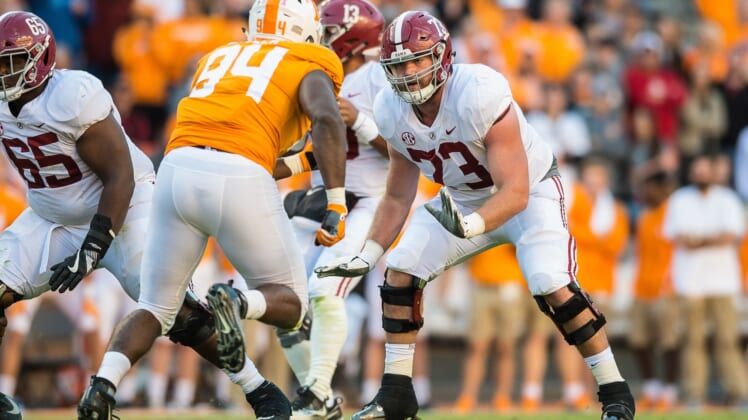 The Cincinnati Bengals were ecstatic to land left tackle Jonah Williams with the 11th overall pick of the 2019 NFL Draft. Now they’ll have to wait until next year to see him play.

The team announced Tuesday that Williams will likely miss the entire 2019 season after undergoing shoulder surgery to repair a torn labrum.

“We look forward to Jonah being a major contributor in the future, and know that he won’t let this injury deter him from still being an important part of this team,” said head coach Zac Taylor in a news release. “We’re confident in our offensive line personnel as we head into training camp, and we believe they can do their part in helping this team achieve its goals.”

Williams was a highly touted Alabama product who was slated to start immediately as a rookie guarding Andy Dalton’s blind side.

With the rookie out of commission, it will likely mean Cordy Glenn will move from left guard to left tackle, which will stretch Cincinnati’s depth right away.