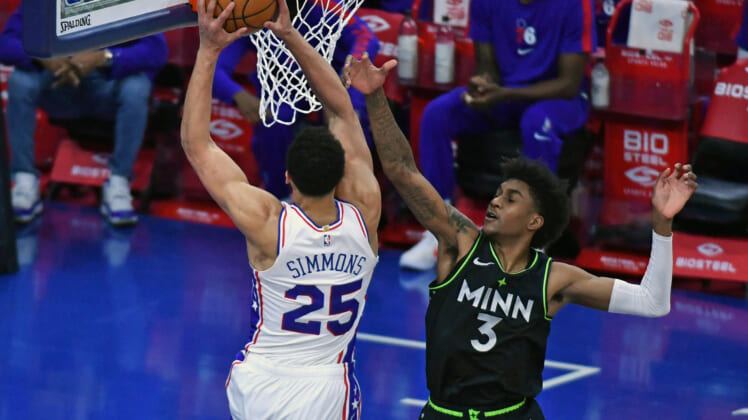 Star point guard Ben Simmons has likely played his final game with the Philadelphia 76ers. After a summer filled with trade rumors, a recent report suggests that he has made this clear to the team’s brass.

According to Keith Pompey of The Philadelphia Inquirer, Simmons met with 76ers officials in Los Angeles last week. In said meeting, he made it clear that he does not want to remain with the team and plans to hold out of training camp.

Ben Simmons attempting to force a trade from the Philadelphia 76ers

With about a month to go before Philadelphia opens training camp, this has to be considered a big deal. Last season saw the team finish with the best record in the Eastern Conference before falling in the second round of the NBA Playoffs.

It had been navigating through the offseason with the belief that Ben Simmons would remain in Philadelphia, primarily due to the team’s asking price for the three-time All-Star.

This changes the dynamics in a big way. If Ben Simmons is making it clear he does not want to return to the 76ers, we can expect trade talks with interested teams to heat up.

It was noted ahead of the 2021 NBA Draft that Philadelphia demanded four first-round picks, Andrew Wiggins and James Wiseman from the Golden State Warriors for Simmons. It also demanded pretty much the same type of compensation from the San Antonio Spurs.

Among the teams still engaged in conversations with Philadelphia about Simmons, he’s been primarily linked to the Minnesota Timberwolves and Toronto Raptors recently.

Simmons, 25, is coming off a career-worst 2020-21 campaign that saw him average 14.3 points, 7.2 rebounds and 6.9 assists. He struggled even more during the playoffs, leading to rumors about a potential departure from the City of Brotherly Love. That now appears to be on the horizon.