San Antonio Spurs assistant Becky Hammon made history earlier this summer by becoming the first woman to be a finalist for a head coaching job in the NBA.

Hammon joined Chauncey Billups as one of the final considerations for the Portland Trail Blazers job before the latter was ultimately hired to replace Terry Stotts.

In talking with CNBC’s Jabari Young recently, Hammon opened up about the Blazers’ drama-filled coaching search and what she learned behind the scenes.

“I knew I was second; I knew who they wanted,” Hammon told young. “And I’m OK with that, because every race I’ve gotten into my entire life, I’ve been behind, and I’m OK with that. And that’s just how it is—but at the same time, I’m not ignorant to what I’m going up against.”

Gregg Popovich’s lead assistant with the Spurs expanded on this a bit further.

While Hammon does note that she isn’t mad, it’s pretty darn clear that she’s not too happy about the process that led to Portland hiring Billups. There’s a ton of good reasons for this. Primarily, her experience as an assistant under a legend compared to Billups’ own lack of experience.

For Becky Hammon, it’s no longer good enough to be a finalist

Let’s take out of the equation the history Hammon will make once she is inevitably hired for a head-coaching position around the NBA. That will obviously be on the front burner.

But for now, let’s focus on her experience. We’re talking about someone who played in the WNBA for 16 seasons, earning six All-Star appearances in the process. Since retiring, she’s served as an assistant on Popovich’s staff for seven years.

Hammon’s resume includes a recent posting as Pop’s top assistant, the Las Vegas Summer League title as San Antonio’s head coach in 2015 and a role as the first female acting head coach back in December. That doesn’t even take into account the glowing reviews Hammon has received from players around the Association.

“She’s able to direct guys on what to do and that all comes from work ethic and what she does behind the scenes and getting herself and our team ready for games,” Spurs guard Patty Mills said back in December. “She is an NBA coach who knows her [expletive] and gets it done.”

This isn’t an exception to the rule.

“The future is bright for her. I hope she sticks to it and doesn’t give up,” Spurs guard Dejounte Murray added. “One day it may happen, or it may not happen. Who knows? But she is definitely on the right road, and I think everyone here appreciates her.”

The Chauncey Billups drama and the Becky Hammon backdrop

For a Portland Trail Blazers organization that is mired in drama under general manager Neil Olshey, the optics of hiring Billups over Hammon could not have been any more glaring.

First off, the 44-year-old Billups has exactly one season under his belt as an assistant coach in the NBA. It’s not that experience matters too much in today’s NBA environment. But that is pretty telling.

Equally as distressing for those who have lobbied for Hammon to get a head-coaching job is the fact that Billups doesn’t come to the Pacific Northwest without baggage. A lot of baggage. 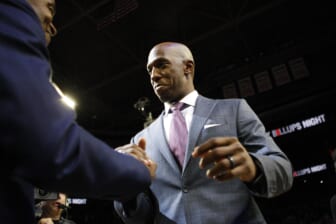 Back in 1997, an unnamed woman accused Billups of sexual assault when he was a rookie with the Boston Celtics. It is important to note that the NBA champion denies these allegations and was never charged criminally. Ultimately, Billups and the accuser settled a civil suit.

As for how this relates to Becky Hammon, it’s definitely telling to an extent. The NBA fancies itself as an inclusive entity under commissioner Adam Silver.

Without opining on the truthfulness of the allegations, this type of story coming up at a time when Hammon was vying with Billups for the Blazers’ coaching simply isn’t a great look.

At some point soon, Becky Hammon will get a head-coaching job in the NBA. Perhaps, she’ll end up replacing an aging Gregg Popovich in San Antonio.

Even then, the respected assistant does indeed have every right to be a bit frustrated as yet another coaching cycle winds down without her earning that top gig.