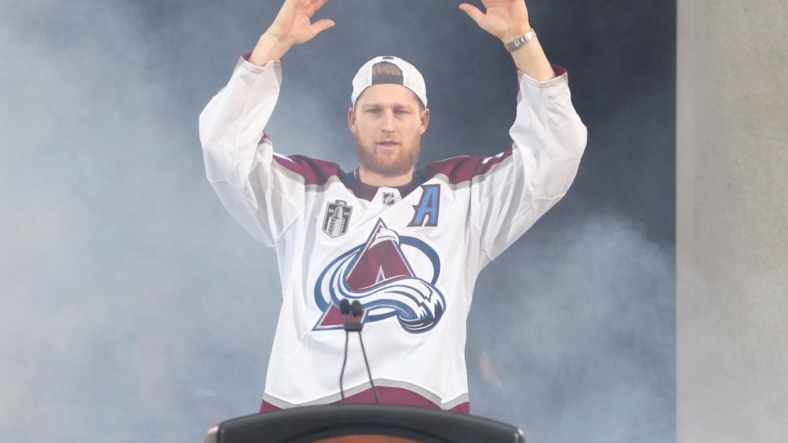 The Colorado Avalanche signed All-Star Nathan MacKinnon to an eight-year extension Tuesday that reportedly makes the forward the highest-paid player in the NHL.

MacKinnon, 27, is now under contract with the club through the 2030-31 season. With one year remaining on his current deal, the extension kicks in for the 2023-24 season.

The extension has an annual average value of $12.6 million per year, putting the total worth at $100.8 million, multiple outlets reported.

“Nathan is obviously one of the premier players in the NHL so a long-term extension was something we wanted to get done before the season started,” Avalanche general manager Chris MacFarland said in a news release. “He has that rare combination of speed and power with a high compete level that makes him a generational player. We are thrilled he will continue to be a member of this team and this community for many years to come.”

MacKinnon helped the Avalanche win the 2022 Stanley Cup after tallying 24 points (13 goals, 11 assists) in 20 playoff games. His 13 goals tied for the league lead and equaled the second-highest total in a single postseason in franchise history.