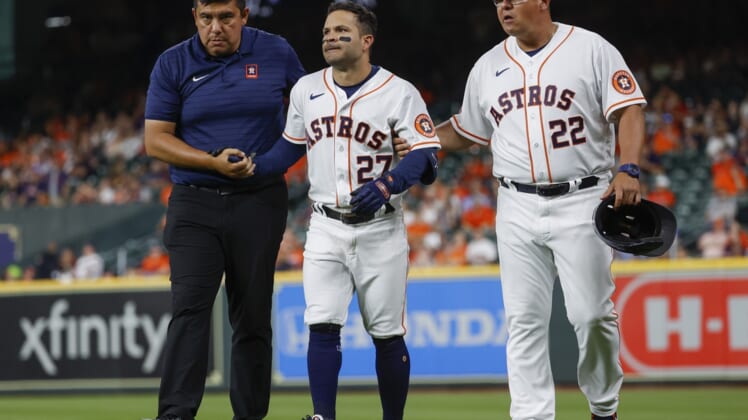 In two corresponding moves, the Astros selected the contract of J.J. Matijevic and moved fellow infielder Taylor Jones to the 60-day IL to make space on the 40-man roster.

Altuve suffered the injury in the eighth inning of Monday night’s 8-3 win over the Los Angeles Angels. He legged out a ground ball to third and then collapsed past first base. He was replaced by pinch runner Aledmys Diaz.

He underwent an MRI on Tuesday and did not play in Tuesday night’s game. Astros general manager James Click said the team expects Altuve will return after the minimal amount of days on the IL.

The first appearance for Matijevic would mark his major league debut. The 26-year-old was a second-round pick in the 2017 draft. He’s batting .310/.420/.714 with four home runs and 10 RBIs in 11 games at Triple A Sugar Land. Primarily a first baseman, Matijevic also plays left field.