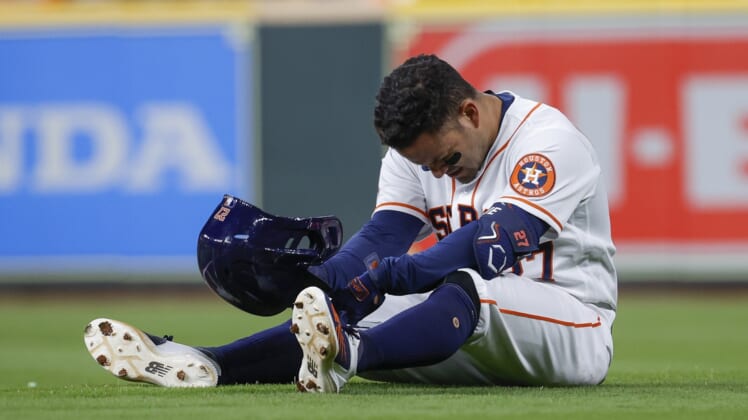 Houston Astros second baseman Jose Altuve is scheduled for an MRI on Tuesday on his strained left hamstring.

MLB Network reported the MRI will provide a timetable for how long the seven-time All-Star might be sidelined.

Altuve suffered the injury in the eighth inning of Monday night’s 8-3 win over the Los Angeles Angels. He legged out a ground ball to third and then collapsed past first base. He was replaced by pinch runner Aledmys Diaz.