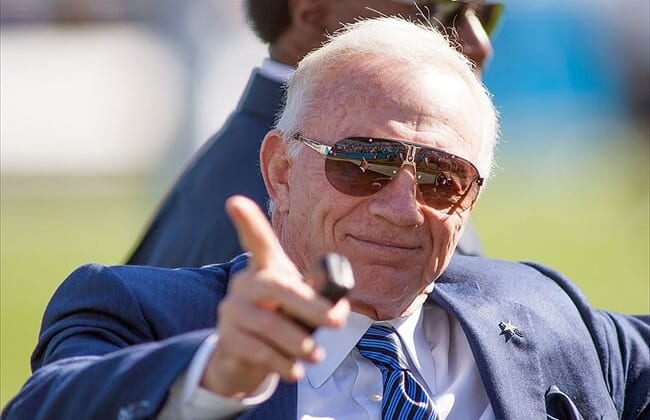 The Arkansas Razorbacks are heading to Texas Saturday to battle their SEC West rivals, Texas A&M, in AT&T Stadium, which Jerry Jones built for the Dallas Cowboys. Jones, who attended Arkansas and was a member of the school’s 1964 national championship squad, will be honored by the Razorbacks in a very unique way during this game.

Arkansas will feature Cowboys-themed uniforms. And we might add, they look amazing.

Cowboys replica unis.
In Razorback red.
In the house he built. pic.twitter.com/p1UAu1Hqm9

Featuring the signature Silver helmet, the same exact stripe feature and jersey design features, this is a tremendous replication — minus the color of jersey and the Razorbacks logo — of Dallas’ uniform.

No doubt Jones will be tickled. He’s been a staunch supporter of the Razorbacks over the years and has enjoyed featuring former Razorbacks players like Darren McFadden and others whenever possible.

Arkansas and Texas A&M will kick off at noon, ET, on Saturday. The two schools have a contract to battle annually at AT&T stadium through the 2024 season.