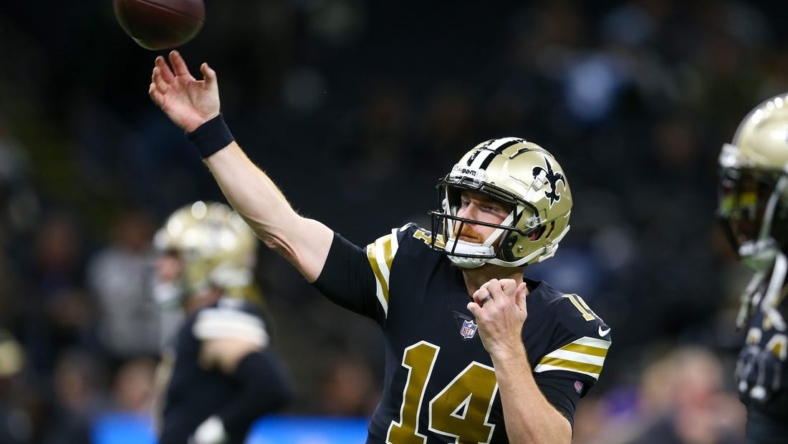 Dalton completed 21 of 25 passes for 260 yards as the Saints (4-7) prevailed in a battle of injury-plagued teams.

Rams quarterback Matthew Stafford, who missed the Rams’ loss to Arizona last week because of a concussion, left this game in the third quarter to be evaluated for a possible concussion and did not return.

Stafford, who completed 11 of 18 for 159 yards with two touchdowns, was replaced by Bryce Perkins, who completed 5 of 10 pass attempts for 64 yards and rushed five times for 39 yards.

Los Angeles (3-7) lost for the sixth time in seven games.

On the first possession of the third quarter, Dalton threw a 7-yard touchdown pass to Jarvis Landry to give New Orleans a 17-14 lead.

On the Saints next possession, Dalton threw a 53-yard touchdown pass to rookie Chris Olave for a 24-14 lead at the end of the third quarter. Olave finished with game highs of five catches and 102 receiving yards.

Perkins’ first drive produced a 33-yard field goal by Matt Gay that trimmed the deficit to 24-17.

The Saints drove to the Rams 13 midway through the first quarter, and after consecutive sacks, Lutz kicked a 46-yard field goal for a 3-0 lead.

On the first play after the kickoff, Stafford threw a 62-yard touchdown pass to TuTu Atwell to give the Rams a 7-3 lead at the end of the first quarter.

Dalton threw an 8-yard touchdown pass to Juwan Johnson to give New Orleans a 10-7 lead.

On the ensuing possession Los Angeles reached Saints territory but on fourth-and-1, Kyren Williams was stopped for a 1-yard loss at the 36.

The Rams got the ball back on a punt and drove 87 yards, and Stafford threw a 6-yard touchdown pass to Allen Robinson II to take a 14-10 halftime lead.