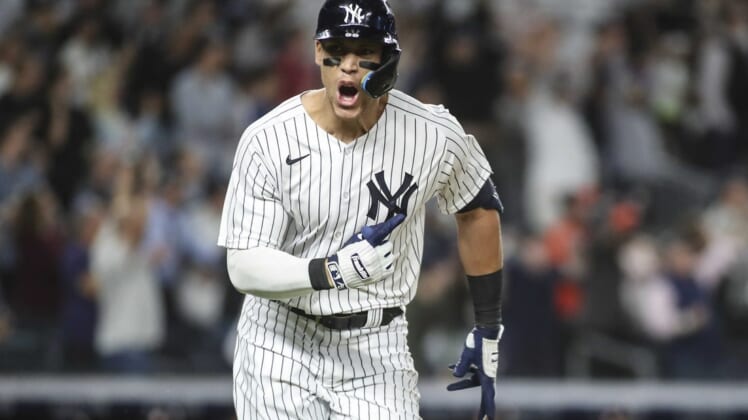 The agreement is for this season only. The $19 million is a midpoint between the $17 million the Yankees would have brought to Friday’s scheduled arbitration hearing and the $21 million Judge was seeking.

Had the two sides gone to arbitration, the three-member panel would have been able to make its salary decision based only on Judge’s production through the 2021 season. His numbers this season — a .304 batting average, 27 homers and 53 RBIs in 68 games — would not have been taken into account.

Judge, 30, will become a free agent following this season if he and the Yankees don’t agree on an extension. The outfielder said in spring training that he wouldn’t negotiate once the season began.

On April 8, general manager Brian Cashman said Judge rejected the Yankees’ offer of a seven-year, $213.5 million extension plus $17 million for the 2022 season, a total value of $230.5 million.

The extension’s average annual value of $30.5 million would have made him the second highest-paid outfielder behind only Los Angeles Angels star Mike Trout, who signed a 10-year, $360 million extension in 2019.

Judge is believed to be seeking a Trout-like contract.

In his seventh season with the Yankees, Judge has a career average of .279 with 185 homers and 419 RBIs in 640 games. He is a three-time All-Star and was leading the All-Star balloting for the 2022 game when the first voting count update was released earlier this week.

Judge drove in the winning run with a ninth-inning single in Thursday night’s 7-6 victory against the Houston Astros at Yankee Stadium.