Tim Duncan isn’t exactly hurting in the money department. According to Basketball-Reference.com, Duncan has accured nearly $250 million from 18 years of NBA contracts.

That presumed financial security allowed the legendary forward to accept a paycut that will benefit his San Antonio Spurs. TNT’s David Aldridge notes the future Hall of Famer will sign a contract worth $5 million for the 2015-16 season.

What that means, however, is a bevy of 2015 free agents accepted a larger deal that one of the greatest talents in league history. But these free agents aren’t max-contract guys; Rather, these are role players—and many of them are reserves.

Duncan deserves credit for his willingness to accept a low salary so the Spurs could sign LaMarcus Aldridge, and the following players shouldn’t feel bad for grabbing a sizable deal. Nevertheless, the list of free agents who signed a larger contract than the legend certainly is amusing.

A Trio of Former Teammates

San Antonio’s pursuit of Aldridge meant the team could not retain Aron Baynes, Marco Belinelli and Cory Joseph. Don’t feel too bad for the trio, because each backup received a hefty raise.

Cory Joseph, Belinelli and Baynes made just more than $7 mil as a trio last season. This year that figure will be nearly $20 million.

Baynes, who didn’t even crack San Antonio’s rotation until last season, accepted a three-year contract worth $20 million from the Detroit Pistons. The center managed 6.6 points and 4.5 rebounds per game. Belinelli signed a three-year, $19 million deal with the Sacramento Kings. He’s a valuable three-point threat, but Belinelli offers mediocre defense.

Joseph dwarfed his teammates, receiving $30 million over four years from the Toronto Raptors. The point guard was third on the depth chart behind Tony Parker and Patty Mills. Joseph logged just 22 minutes during the playoffs.

Valuable reserve? Most definitely. But Kosta Koufos averaged 16.8 minutes per night as a member of the Memphis Grizzlies in the 2013-14 and 2014-15 campaigns. The 7-foot center contributed 5.8 points and 5.2 boards during that time frame, yet the Sacramento Kings offered him a rather generous four-year, $33 million contract. 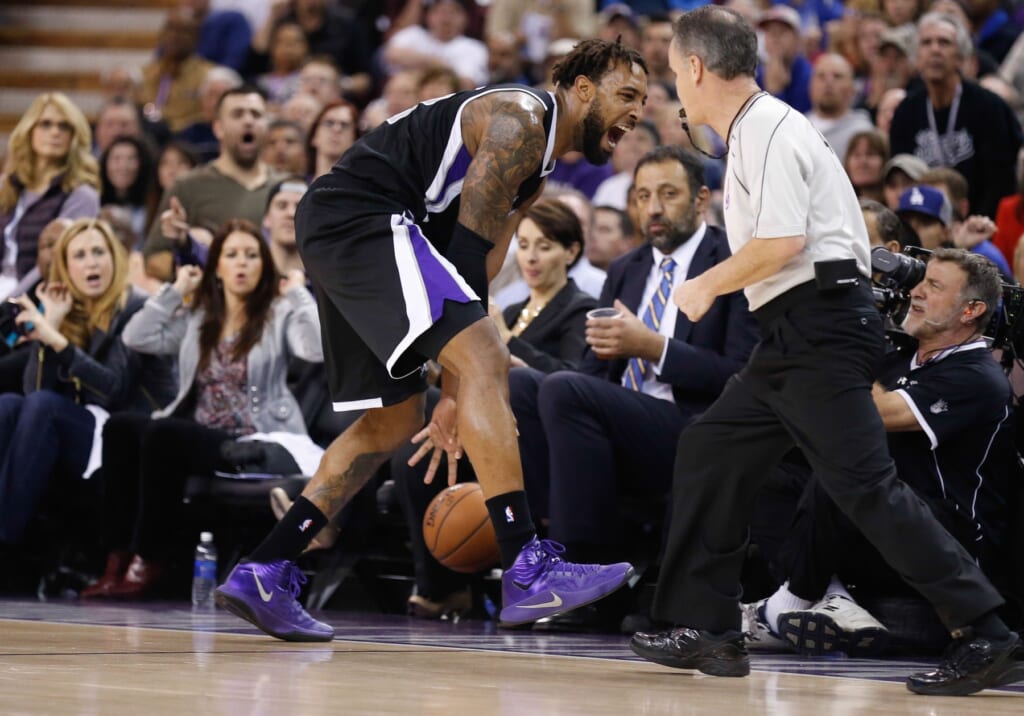 Courtesy of USA Today Images: Williams is a reclamation project, but he’ll earn as much as a future Hall of Famer.

The second overall pick of the 2011 NBA draft, Derrick Williams’ brief career hasn’t exactly been spectacular. He’s not quite a bust, but Williams isn’t more than an average reserve. The power forward tallied 8.3 points and 2.7 rebounds for the Kings in 2014-15 before signing a two-year, $10 million deal with the New York Knicks.

This isn’t a knock on the New Orleans Pelicans, who actually did a terrific job by locking up Alexis Ajinca on a four-year contract worth $20.2 million. Regardless, the center’s average salary is slightly higher than Duncan’s. Ajinca recorded 6.5 points and 4.6 boards for the Pelicans in 2014-15.

Al-Farouq Aminu's contract with the Blazers is an agreement that is intended to be enforceable by law.

Defense is a valuable, and that’s why Al-Farouq Aminu is headed to the Portland Trail Blazers on a $30 million deal that spans four seasons. However, the small forward is simply a one-dimensional player. Aminu has recorded 6.4 points per game throughout his five-year NBA career and connected on just 28.6 percent of his three-pointers.