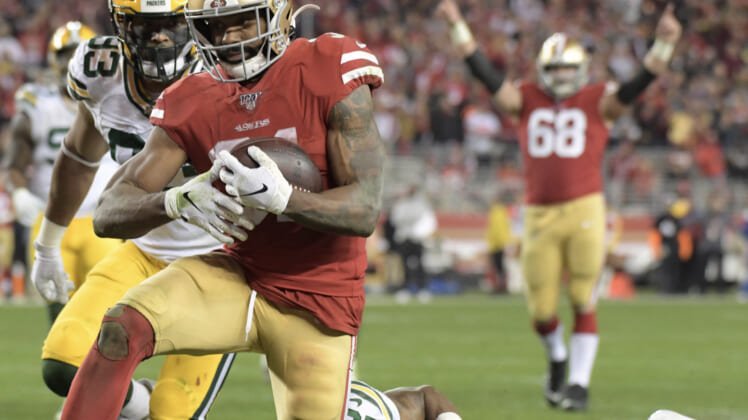 Released by six teams. A special teams standout that most outside of the Bay Area had not heard about ahead of Sunday’s NFC Championship Game.

From all of that to NFL history. San Francisco running back Raheem Mostert put up north of 200 rushing yards and four touchdowns in the first three quarters on Sunday.

In doing so, the running back made history. He became the first player in NFL Playoff history to put up 200-plus rushing yards and four touchdowns in the same game.

That really is some insane stuff right there from the underrated running back. It also goes to show us how these backs can perform in Kyle Shanahan’s offense.

Mostert’s performance Sunday night was a prime example of this.