Winners and losers from the 2019 Open Championship 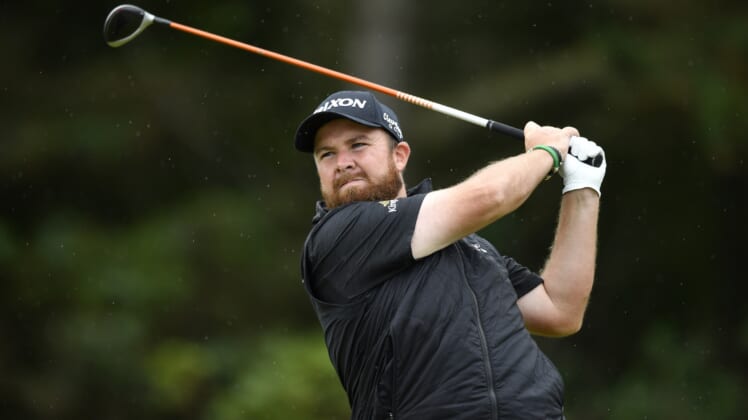 Ireland’s own Shane Lowry won the 2019 Open Championship on Sunday with a gutty final-round performance on a rainy, windy day that doomed many others.

Major slayer Brooks Koepka also made his mark with another historic performance, despite finishing in a tie for fourth place. Other stars, like Tiger Woods and Rory McIlroy, didn’t even make the weekend.

These are among the biggest winners and losers from The Open Championship at Royal Portrush.

Battling not only the pressure of the moment, Lowry overcame brutal conditions on the course that included pouring rain that came down sideways, and heavy wind throughout the day. A player who has been knocking on the door for a few years now, he seemed to draw on the experience of finishing second at the 2016 U.S. Open, despite leading by four heading into that final round.

Truly a gritty win for a player who, at the age of 32, is clearly still on the rise.

It’s hard to say that Tommy Fleetwood was a big loser this weekend. He did finish in second place, after all, matching his previous best in a major championship. However, the simple fact is that he had a chance to push Lowry to the limit, and instead he went the other way due to a plethora of poor shots and the failure of his normally reliable putter.

Fleetwood entered Sunday’s final round having shot no worse than three-under par in the previous three rounds. When it mattered most, the wheels fell off Sunday as he shot three-over par. The $1.12 million paycheck he’ll receive for second place will certainly act as some sort of salve. Yet in the end, Fleetwood has to be disappointed with the way things played out.

Winner: Tony Finau once again shows up at a major

Though he has just one career win on the PGA Tour, Tony Finau has been knocking at the door as a potential major championship winner for the past few years. This weekend, he once more showed his mettle with a third-place finish at Royal Portrush.

Finau played extremely well Sunday to finish with a final-round score of 71. While other top golfers were well over par, his consistent play led to the best finish of his career at a major tournament. It’s also worth pointing out that Finau finished in the top five in half of this year’s majors. He’s going to win one of them, eventually.

You would be hard pressed to find a golfer who could rouse the golf fans of Northern Ireland like Rory McIlroy. Born and raised in Hollywood, County Down in Northern Ireland, he not only was the fan favorite at Royal Portrush but had already found success at this venue with a legendary round of 61 at the course as a 16-year-old phenom.

With a nation watching, McIlroy imploded on Thursday, firing a 79 in the first round to shoot himself completely out of the tourney. McIlroy did charge back with a memorable 65 on Friday and received nothing but love from the gallery. Yet in the end he was unable to do quite enough to make up for Thursday as his bid for a second Open Championship title fell woefully short.

Winner: Robert MacIntyre made quite an impression

Playing in his first career major tournament, Scottish golfer Robert MacIntyre made sure it won’t be his last. The 22-year-old finished The Open Championship with a round of 68, matching his first-round score while finishing in a tie for sixth place.

Before this weekend, MacIntyre was a little-known European Tour player who had just one career professional win on record (2017 Sahara Kuwait Championship). Safe to say, he’s put himself on the map in a big way as a player to watch in coming major championships.

Adam Scott and Jason Day rank 16th and 18th, respectively, in the World Golf Rankings and are known for being among the world’s best in major championships. Both of the Australian stars were humbled by Royal Portrush.

Scott, whose last showing before The Open was a T7 at the U.S. Open, had the 12th-worst score after two days. Day was one stroke off the cut line.

Both Scott and Day have experienced success in previous Open Championships, so their poor play had little to do with Royal Portrush’s setup. Truth be told, Scott simply hit too many errant shots, finding bunkers all too frequently. Meanwhile, Day suffered an epic meltdown on the back nine Friday. He went from being in the top-10 to missing the cut at The Open for the first time in his career.

It wasn’t his finest performance, but major championship star Brooks Koepka did enough on Sunday to finish in a tie for fourth place. He joined an elite group of golfers — Jack Nicklaus, Tiger Woods, Rickie Fowler and Jordan Spieth — as only the fifth in history to finish T-5 or better in all four majors in a single season.

He’s already a legend for his incredible dominance at these majors. Dating back to the 2017 Masters, Koepka now has placed in the top six eight times (out of 10 majors) and has been third or better in seven of them.

Just imagine what Koepka could accomplish overall if he actually practiced ahead of non-major tournaments.

Tiger Woods and Phil Mickelson — two of golf’s giants — were absolute non-factors at the 2019 Open Championship. Both missed the cut, and neither player provided any real highlight moments in those first two days.

Lefty’s demise wasn’t quite as surprising as watching Tiger’s awful first round on Thursday, because if we’re honest Mickelson hasn’t looked right since winning at Pebble back in February. Woods hadn’t played competitively since the U.S. Open and trained exclusively (and fervently) for The Open weeks in advance. It availed him nothing but a sore back and bruised ego — “I just want to go home,” he said after Friday’s round.

Father Time catches up to us all. Mickelson (49) is a shell of his former self. And at the age of 43, Woods’ stunning Masters victory suddenly seems like a final moment of glory, rather than a sign of greater things to come.