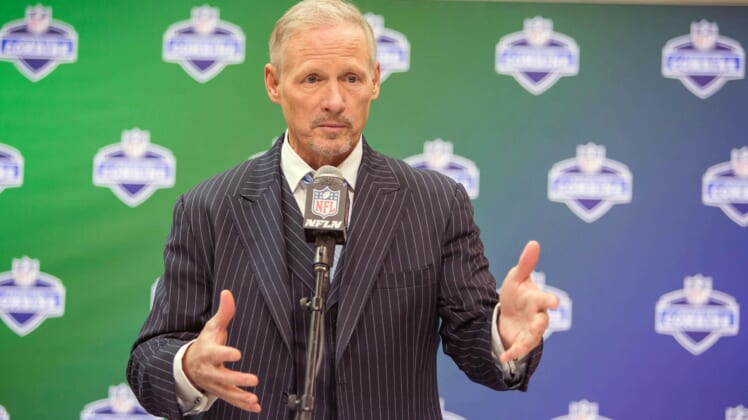 The Oakland Raiders are seen as a major wild card heading into next week’s NFL Draft. They boast three first-round picks, including the No. 4 overall selection.

Head coach Jon Gruden and new general manager Mike Mayock could go a number of different directions. One recent report suggests that Oakland is looking to move up for either quarterback Kyler Murray or edge rusher Nick Bosa.

If that were to happen, Raiders scouts would likely find out about it at the same time as the rest of us.

In an explosive report Friday, NFL Media’s Ian Rapoport notes that Gruden and Mayock have sent home the Raiders’ scouting department for the weekend. They won’t return by the time the draft comes calling next Thursday. At issue here is a perceived lack of trust.

We’re really not even sure what to do with this one. Now in his second season as the Raiders’ head coach, some of these scouts were hired by Mr. Gruden himself.

Meanwhile, Mayock has brought in some to help him ease the load after transitioning from a media job.

This speaks to large-scale confusion within the Raiders’ front office. Given Gruden’s temperament since taking over as the team’s head coach, that can’t be considered a surprise.

Even then, one has to wonder just how this will impact the Raiders next week. It’s certainly bad timing.