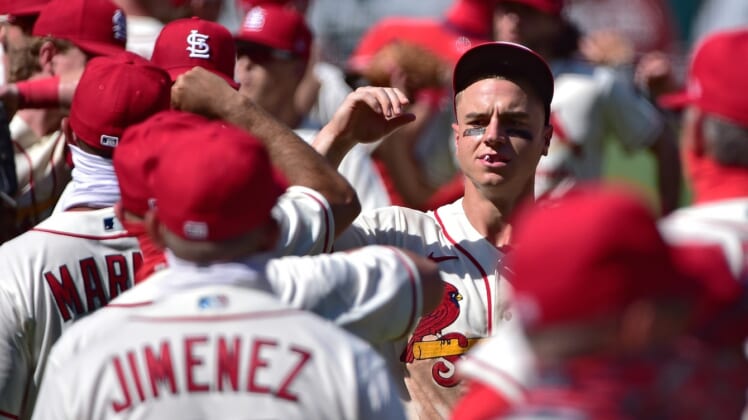 Major League Baseball is now dealing with its second COVID-19 outbreak of the 2020 season, with 13 members of the St. Louis Cardinals organization testing positive for the coronavirus. The first outbreak resulted from several Miami Marlins visiting a nightclub. Now the Cardinals are dealing with the ramifications of this infectious disease.

MLB announced on Monday that the Cardinals four-game series against the Detroit Tigers is postponed as a result of the COVID-19 outbreak that has impacted the players, coaches and additional staff.

Concern over a potential outbreak began on Friday hours before St. Louis was set to face the Milwaukee Brewers at Miller Park. The game was postponed after one player tested positive for COVID-19, but it didn’t take long before the scope of the problem became evident.

On Saturday, four more players reportedly tested positive for the virus and the remainder of the series against Milwaukee was wiped out. The Cardinals were quarantined in their hotels and as more results came in, MLB quickly began ruling out Monday’s game against the Tigers followed by Tuesday’s upcoming clash.

With 13 members of the organization, including seven players, now having the coronavirus, MLB will keep the team quarantined and away from game action through Thursday.

As we saw with the Miami Marlins’ COVID-19 outbreak, the ramifications of the virus spreading across a clubhouse can be significant. The Marlins and Philadelphia Phillies, who played the Marlins hours after four players tested positive, were sidelined for the past week due to concerns of COVID-19 spreading to multiple teams.

With the Cardinals now off until Friday’s series opener against the Chicago Cubs, the Tigers will also be impacted. Coming off a hot start to the season, Detroit now won’t be able to play until they open a three-game series on Friday against the Pittsburgh Pirates.