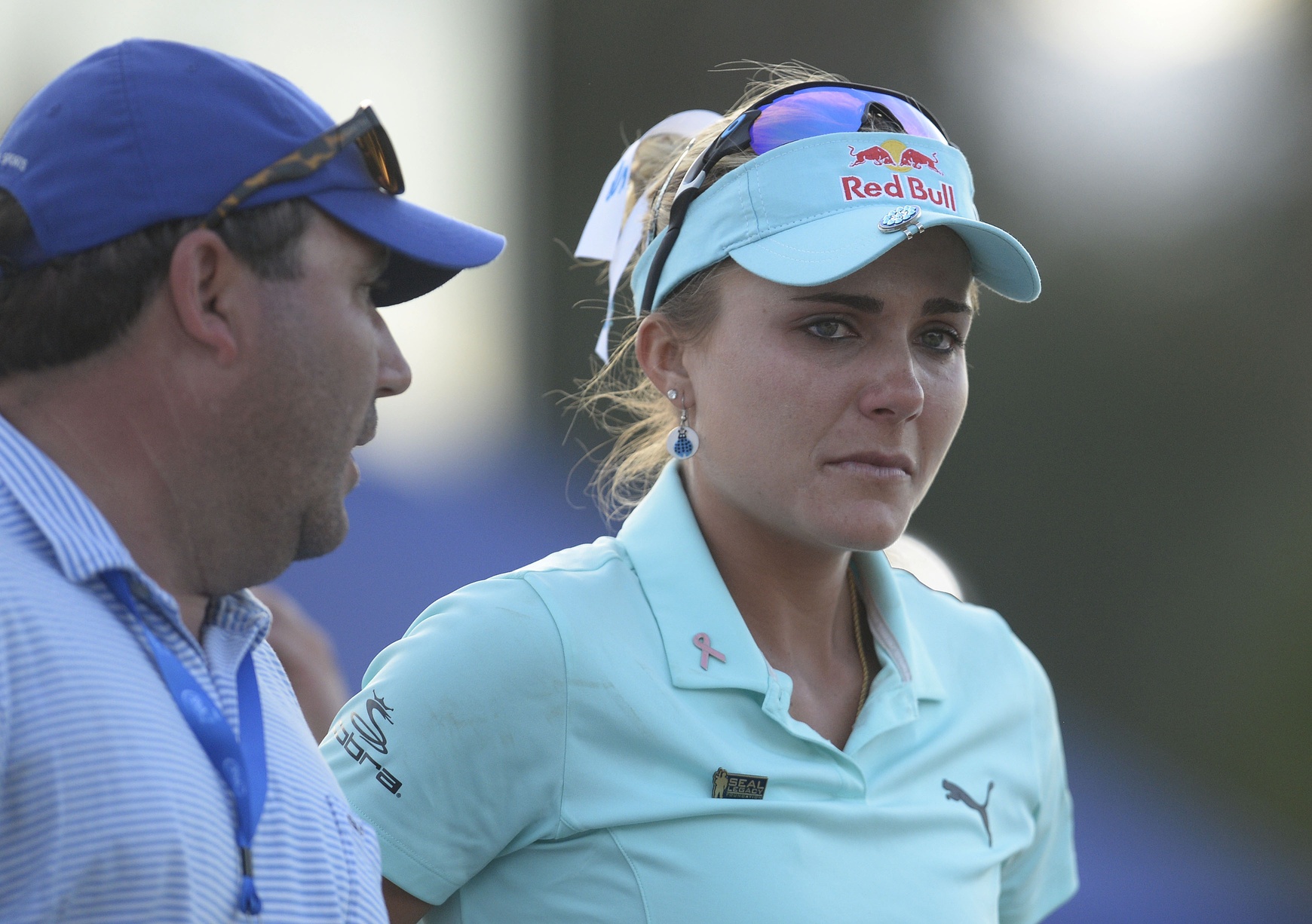 The PGA and LPGA tours are set apart by the sex of the golfer, obviously. Men play against men, while women play against other women. What if this was not the case? What if the women were to compete against the men on an even playing field, swing versus swing, in this case?

We think that if this were to happen, some of the top female golfers in the world could challenge the men.

Here are 10 female golfers that we would not bet against giving the men a run for their money.

Golf is a funny old game. As of 2018, Verchenova has no real pedigree in the Majors to speak of, with her best ever finish being tied for 28th at the Women’s British Open back in 2015. What Verchenova does have under her belt is one breathtaking round at the 2016 Olympic Games in Rio.

Her final round 9-under par 62 in Rio only saw her finish 18th, but the round (that featured a hole in one) is a course record. That round shows that for one day, at least, she was the best in the world. 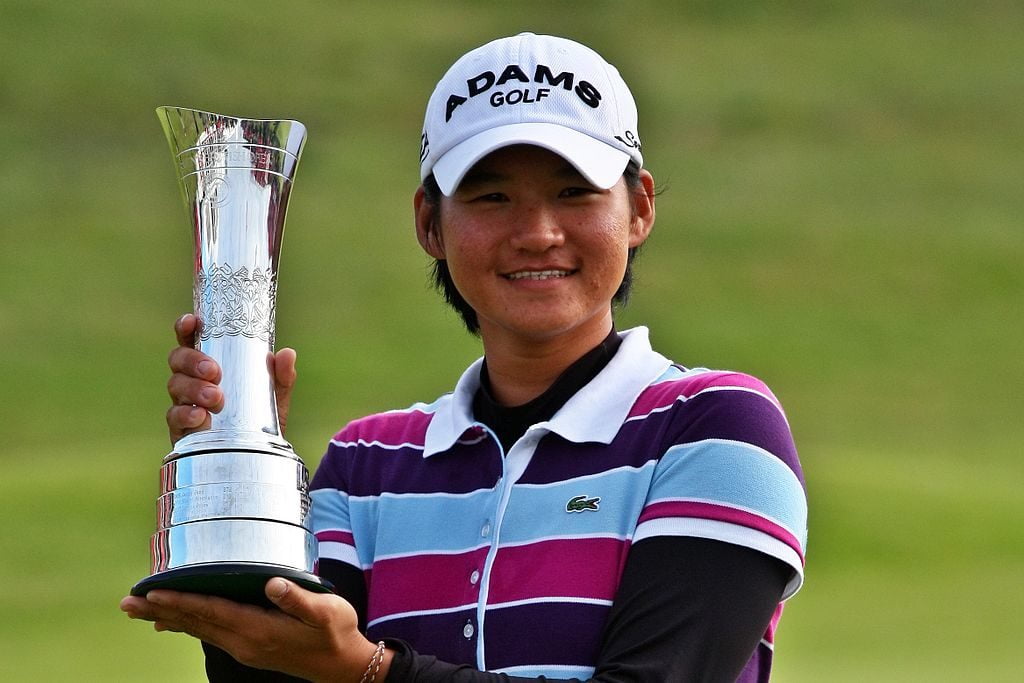 There was a time when Tseng was the most dominant player in the women’s game. From 2007-2012 she won everything there was to win in women’s golf, before suddenly seeming to lose her golfing ability out of the blue.

There were no reported injuries or other issues, just a precipitous decline in form. What Tseng does have is the longest drive on the women’s tour in 2018. Maybe a complete change of focus to prove herself against men would revitalize her career. 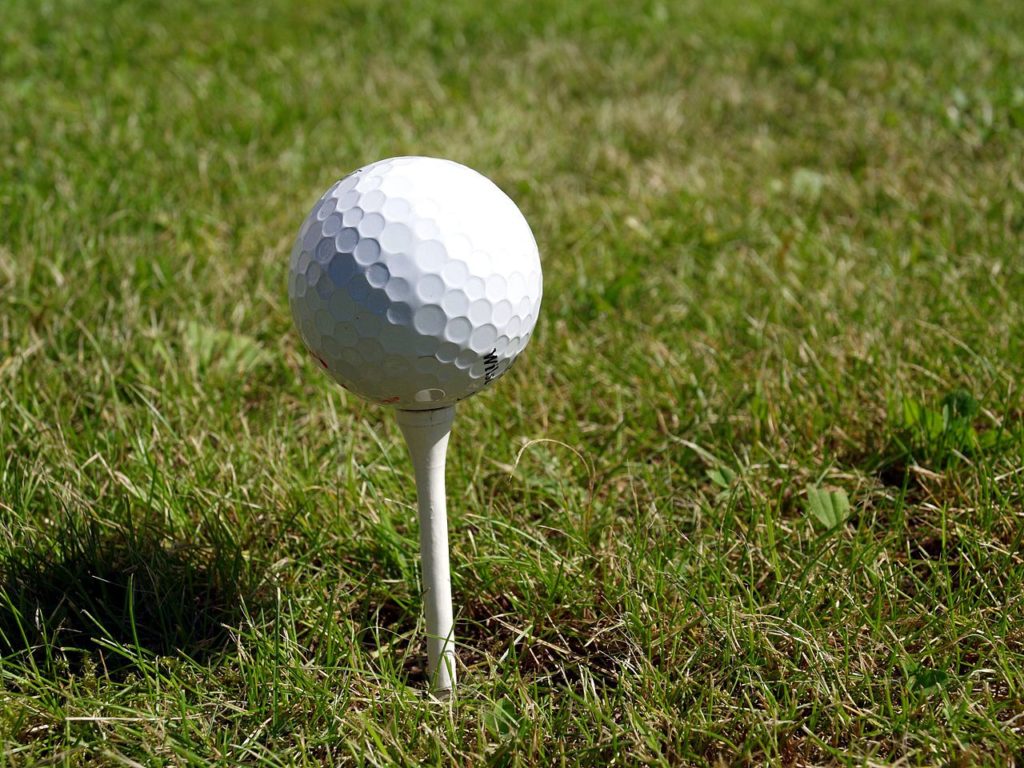 The youngest player on this list, 5-foot-4 inch Henderson can bomb a ball down the fairway an extraordinary distance given her frame. Turning professional in 2014, Henderson won the 2016 Women’s PGA Championship and has already finished in the top 11 in all five majors.

Henderson will only improve with experience, a thought that should put all LPGA players on notice. 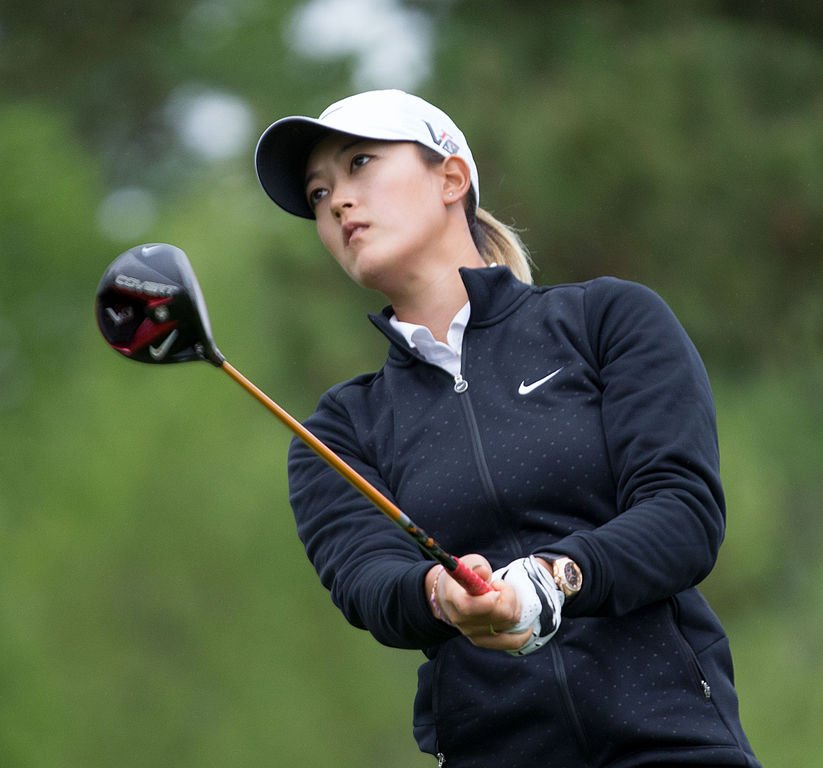 The 29-year-old Wie should still have plenty of career left to fulfill her phenom-level promise that saw her competing against men in 13 tournaments between 2003 and 2008, back when she was still a teenager. The only issue is that it seems like Wie hasn’t been healthy for a full season at any point during the last decade.

While the talent is certainly still there, the former U.S. Women’s Open champion has to overcome the repeated arm, knee, back, hip and ankle issues if she wants to get back to her very best. 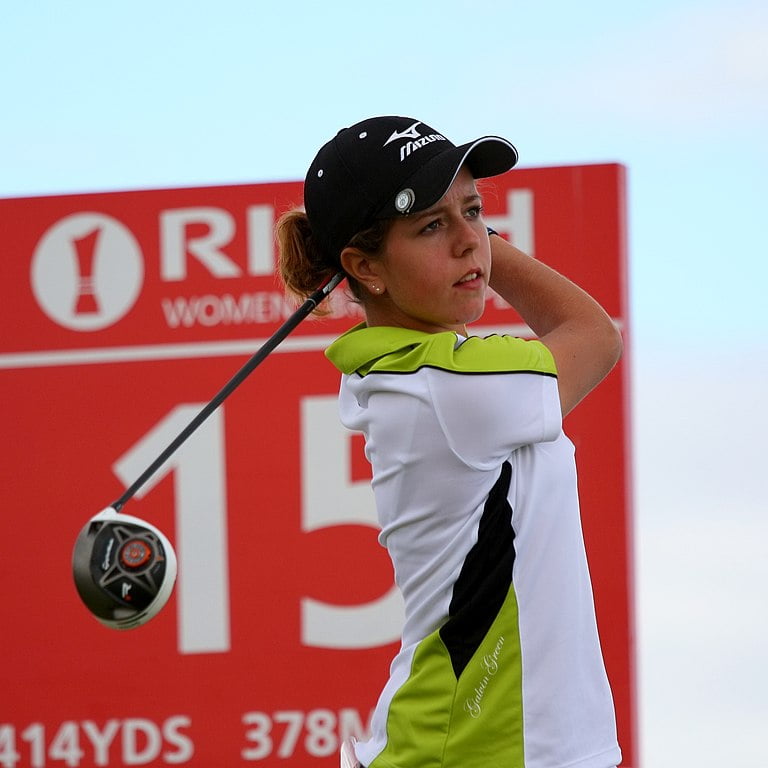 Hall is still seeking the consistency characteristic of so many players on this list. When she is on her game though, as she was in winning the 2018 Women’s British Open, there are few that can match her level of skill.

Her rise to the top has been rapid, with Hall quickly becoming one of the most recognizable faces in female sport in the UK. 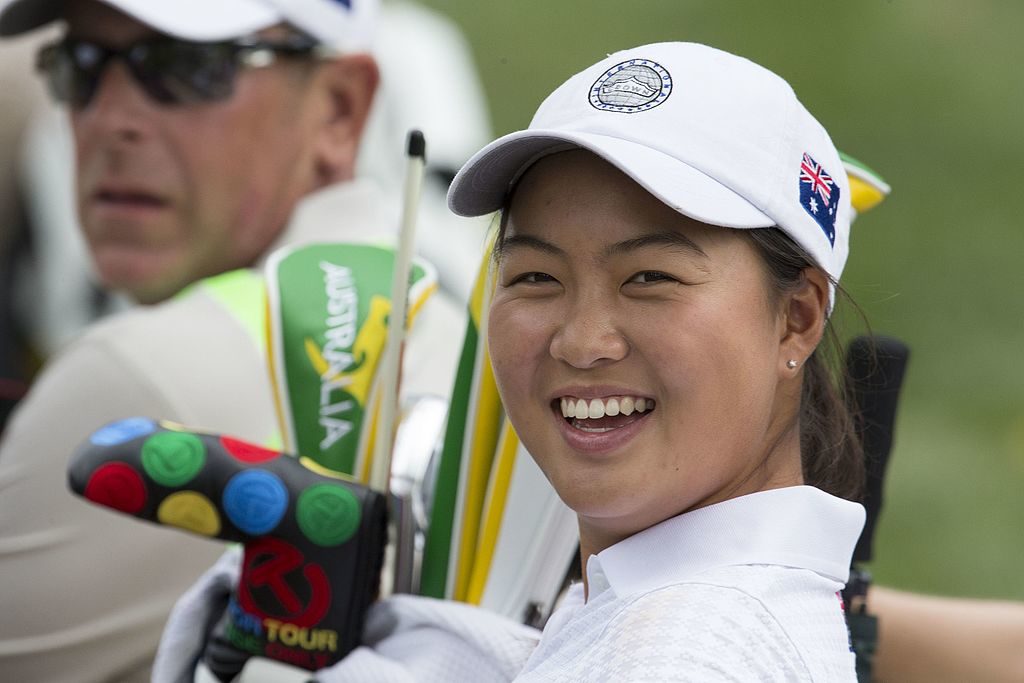 Lee turned professional in 2014, and has been the model for a consistent golf game on the tour ever since. As her maturity has increased, so has her level of play, with Lee understanding more about how many tournaments and events her body can manage to play in while maintaining a consistent level of performance.

It is that kind of dedication to the smaller aspects of her game that would allow Lee to contend with men, if given the chance. 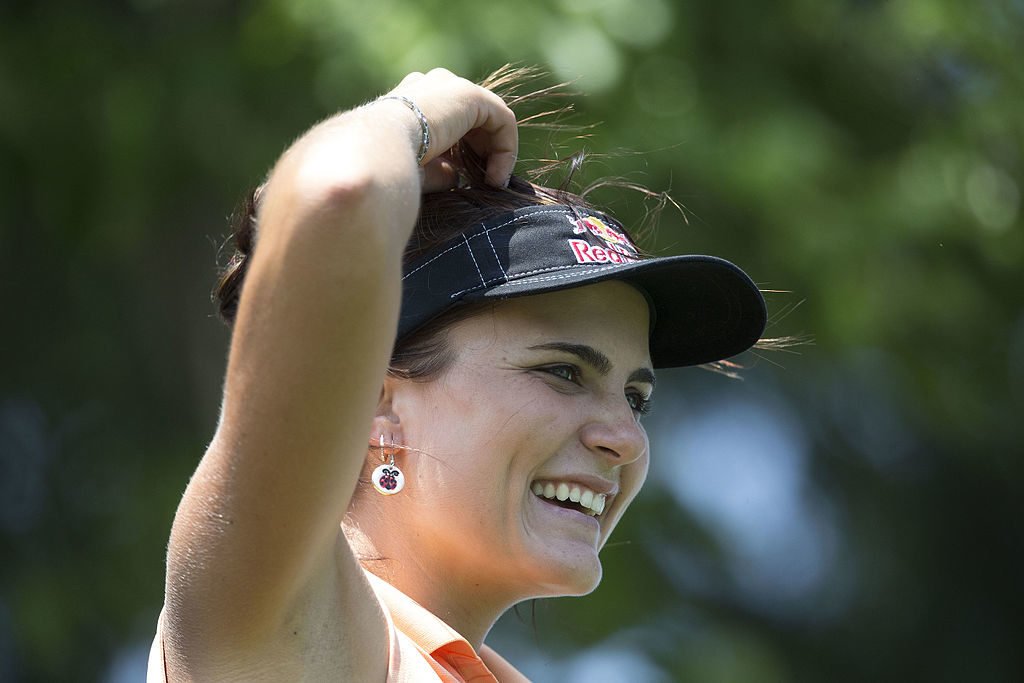 Thompson has already established a number of firsts during her career. She qualified for the U.S. Women’s Open at the age of 12, turned professional at 15, then became the youngest player to ever win an LPGA Tour event at the age of 16 years, seven months, and eight days. She’s also posed topless on the cover of Golf Digest to the dismay of many in the sport.

Thompson’s best attribute is her power game, something that will keep her in and around the prize money for the foreseeable future. 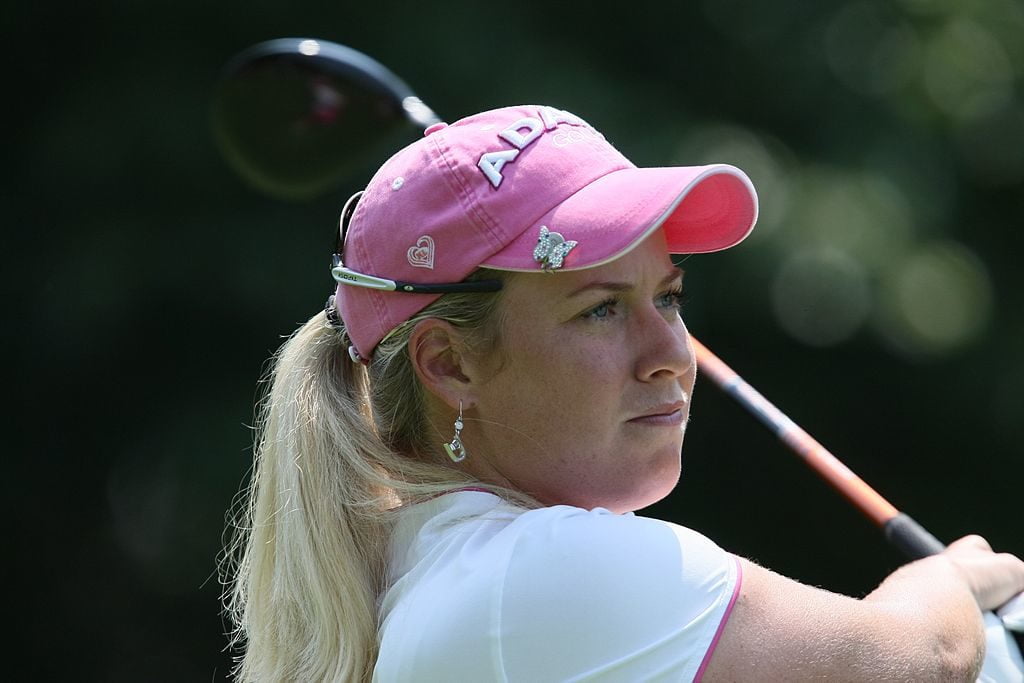 We know that Lincicome can compete with the men of the PGA Tour because we have seen it happen. Lincicome played in the 2018 Barbasol Championship – a PGA Tour event – and attempted to become the first woman to make the cut in a men’s field since 1945.

The first woman in a decade to take on the men, Lincicome shot a 1-under par 71 in the second round, but was unable to overcome her 6-over 78 opening round score to advance. 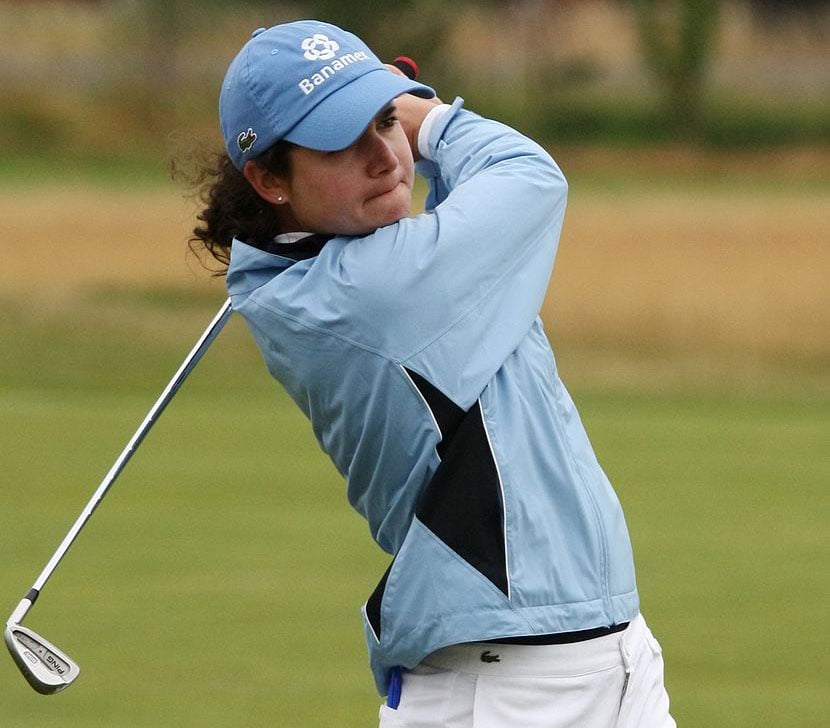 Park fits the bill as a relatively young player with majors to her name. The 2017 U.S. Women’s Open and 2018 Women’s PGA Championship winner turned professional in 2012, and has been a revelation since joining the LPGA Tour in 2017.

Park is one of the leading sports personalities in South Korea, yet she manages to maintain complete focus and has the toughness that would be needed to compete alongside men. 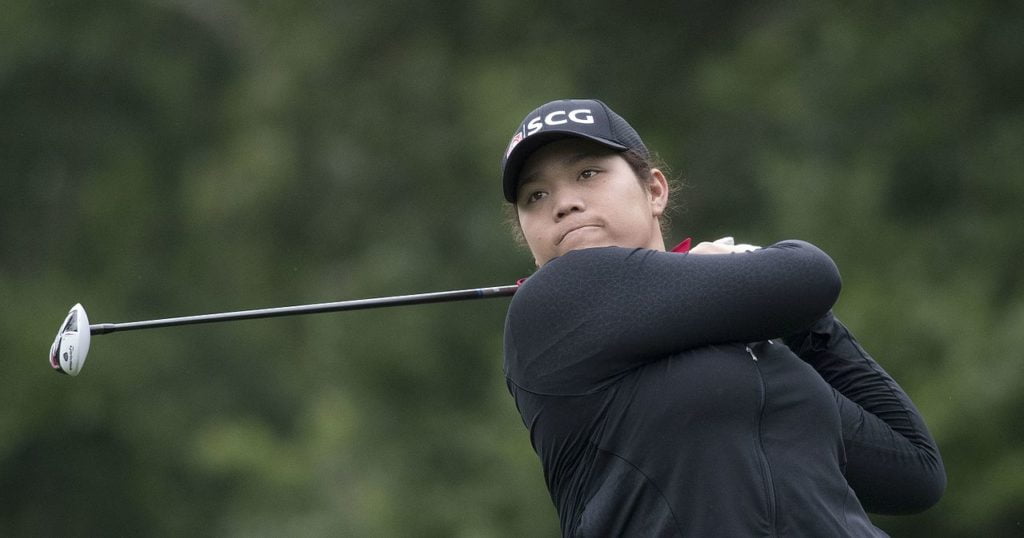 The 22-year-old Jutanugarn might seem a little young for this list, but the first ever Thai-born player (male or female) to win a major championship has been consistently one of the best women’s golfers in the world over the past three years.

The 2016 Women’s British Open and 2018 U.S. Women’s Open champion is not yet at the age where she is supposed to be peaking as a golfer. If she continues to improve, then maybe she will be the ceiling breaker against the men.