Odell Beckham Jr. sweepstakes down to 5 teams, 3 set for visits early in Dec.

It looks like the Odell Beckham Jr. sweepstakes have narrowed down to five teams, and three of them are officially set to meet with the three-time Pro Bowler very soon.

Usually, at this point in the season, there are few chances for a contending team to add an impact player that could feature in a major role for upcoming playoff runs. The NFL trade deadline has long passed and notable players are not up for grabs in free agency. Well, this year is a little different because a former Pro Bowler and a key player from the recent Super Bowl-winning roster is available.

Odell Beckham Jr. is in the final stages of his rehabilitation from off-season ACL surgery. After being an important part of the Los Angeles Rams title run last season, teams are well aware of the major difference maker the 30-year-old can be when healthy. That is why he is garnering a ton of interest from contending teams around the league.

Over the last few months, many organizations have been linked to the former New York Giants superstar as a possible home for the remainder of 2022. However, not all of them will have a serious chance to sign him. Yesterday, the top contenders for Beckham Jr.’s services were revealed.

3 teams are set to meet with Odell Beckham Jr. soon

On Thanksgiving Day, CBS Sports NFL insider Josina Anderson reported that the chase for Odell Beckham Jr. seems to be down to five teams, and three of them are already set to meet with the mercurial wide receiver in the coming weeks.

The Dallas Cowboys owner and their quarterback Dak Prescott have publicly stated recently that they hope to bring Beckham Jr. to Big D this season. The Giants have also hinted they would be open to a reunion with the player they took with the 12th pick overall in the 2014 draft. 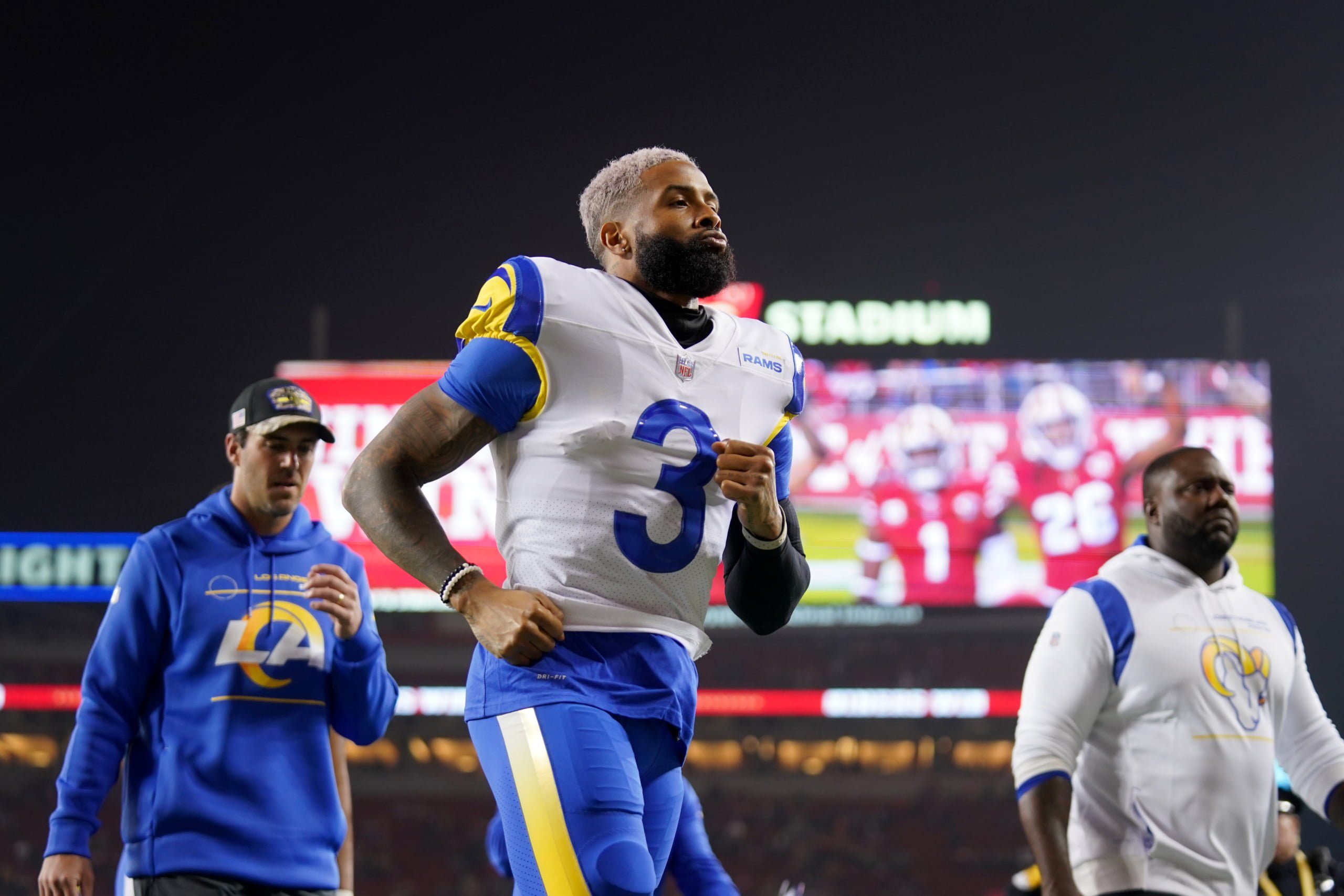 The Baltimore Ravens — like the Giants — are one of the contenders that could benefit the most from the wideouts signing because of their lack of game-breaker talents in their wide receiver rooms. However, Beckham Jr. joining the Buffalo Bills or Kansas City Chiefs offenses would certainly make them the AFC favorite heading into the playoffs.