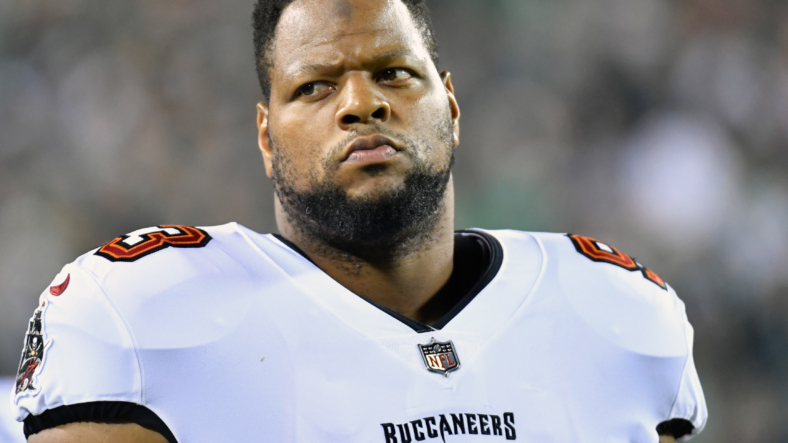 The 2022 NFL season is underway with defensive tackle Ndamukong Suh still one of the top free agents available. As injuries mount and several players around the league fall short of expectations, the level of interest in Suh Is expected to increase.

Selected with the No. 2 pick in the 2010 NFL Draft, the 35-year-old defensive tackle is at the end of his NFL career. A five-time Pro Bowl selection and a member of the NFL 2010s All-Decade Team, he spent the last three seasons with the Tampa Bay Buccaneers.

Suh generated plenty of interest this summer, with the Las Vegas Raiders, Cleveland Browns and Minnesota Vikings among the teams who reportedly expressed interest. Months later, the 6-foot-4 defensive tackle is still fielding calls from a variety of teams.

According to NFL insider Matt Lombardo, around three to five NFL teams have expressed interest in signing Suh since the regular season kicked off. However, the veteran defensive lineman is seeking a specific situation before he makes a return to football.

After reaching the Super Bowl with the Los Angeles Rams in 2018, Suh found even more success in Tampa Bay. After hoisting the Lombardi Trophy and nearly winning another Super Bowl last season, Suh reportedly wants to sign with a championship contender.

Las Vegas, sitting at the bottom of the NFL standings entering Week 3, seemed like the best fit for Suh heading into the season. However, the team’s recent woes could make the Raiders a less appealing destination. It could leave teams like the Kansas City Chiefs, Los Angeles Chargers, Baltimore Ravens, Buffalo Bills and Miami Dolphins as likelier landing spots.