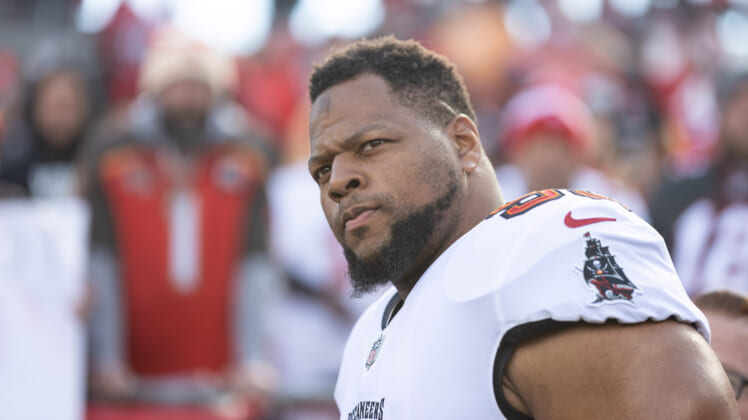 We’re less than three weeks away from the start of the NFL regular season. It’s close, but also just enough time for a veteran who hasn’t landed with a team to get in game shape just in time for Week 1. Does that mean we’ll see players like Ndamukong Suh sign with a new team in the next few weeks? Probably.

But first, the 35-year-old defensive tackle’s asking price will have to come down.

That’s been the same story for the two teams linked to the five-time Pro Bowl player so far.

Now, thanks to Tashan Reed of The Athletic, we’ve learned just what Suh is looking for in his next contract. Suh’s reportedly seeking a contract that pays him $9 million per season.

To many, paying a veteran at Suh’s stage in his career that amount may cause them to balk and hope they can get similar production at a fraction of the cost, seeing if one of the existing players on their roster does the job. But Suh might actually have some leverage, in a way.

Why Ndamukong Suh is worth the price

This is a former game-wrecker, much in the same sense as Aaron Donald is now. He may not have made a Pro Bowl team since 2016, but Suh’s production hasn’t exactly dropped off. He’s accumulated six sacks in each of the past two seasons.

Perhaps the most amazing bit about Suh, even though he’s getting up there in age, he’s never missed a start due to injury in his entire 12-year career. Durability? It shouldn’t be much of a question for Suh.

In fact, maybe a team wants to structure a contract in that way. How about an incentive-based pay that rewards Suh for making it through 75% of the team’s defensive snaps, or games played?

It could be a way to allow Suh to still earn his desired $9 million salary, only he has to prove it. Which shouldn’t be a problem for someone betting on themselves, and he clearly still believes in his ability at that cost.

At his best, Suh can wreak havoc in the trenches, and he certainly has enough experience where you don’t have to worry about him getting lost out there. His biggest flaw has been maybe some unnecessary roughness calls here and there, but no one can ever question his grit, which is how you build a nasty, physical defense.

Both the Las Vegas Raiders and Minnesota Vikings have had an interest in Suh this offseason, but neither appears willing to come up to his asking price. In Minnesota’s case, they reportedly would like for Suh to ask for significantly less, according to Darren Wolfson. Maybe that’s the same story for the Raiders as well.

Eventually push will come to shove, and either the two teams with interest, or Suh will budge. They can all only wait so long.