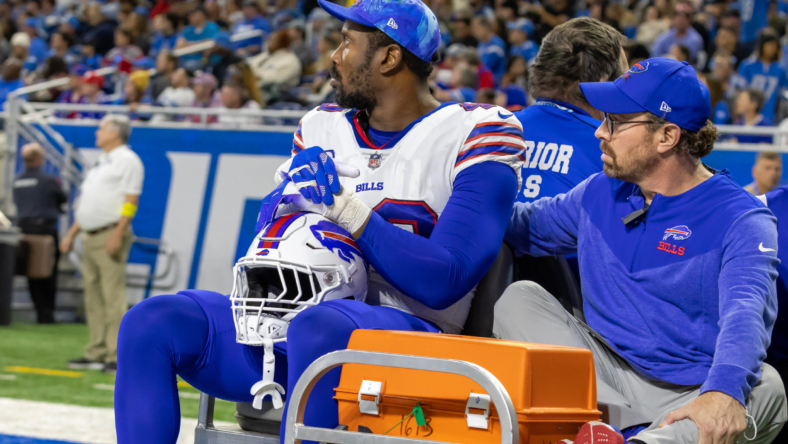 The Buffalo Bills may have avoided a disastrous situation on Thursday with defensive star Von Miller.

On Thanksgiving Day, the Bills earned a last-second victory over the Detroit Lions. The win moved them to 8-3 and helped maintain their spot at the top of the AFC East and among the best teams in the conference. However, a major cloud of bad news hung over the team’s latest win.

During the first half of the game, Von Miller was injured on a play where his knee was twisted in an awkward position and sent him to the turf in pain. The 33-year-old was carted off the field and the organization and its fans must have feared the worst. Since the incident mirrored knee ligament tearing injuries observers of the sport have seen other players incur over the last few decades.

Losing the eight-time Pro Bowler would be a devastating blow to a defense that has already been inundated with injuries all season long. However, on Friday a couple of reports to pointed to the injury likely not being as serious as originally feared.

On Friday morning, NFL insider Ian Rapoport gave a pre-MRI update on Von Miller’s injured knee, and there is reason to believe the three-time All-Pro could return to the field at some point this season.

“Here’s what we know based on the initial exam. It was diagnosed as a knee sprain. So, heading into the MRI today, the belief is that Von Miller has a sprained knee. Which, if the MRI confirms that that would be very good news. He is expected to miss some time, which is not great news, but consider they have more than a month and a half to go to the [end of the] season. … But there is some fear, some worry, that the MRI could show something worse. We have seen that happen, where they think it’s one thing in the initial, and the MRI shows something different.”

While a knee sprain is far better than a ligament tear, Von Miller could still miss a significant amount of time. MyHealthAlberta.ca suggests that it could take up to six weeks to fully recover from a sprained knee.

Following that first report, ESPN published a story from their own NFL insider Adam Schefter, about sources claiming the MRI revealed that Miller likely avoided a tear to his ACL — the worst-case scenario — but still will be sidelined indefinitely. 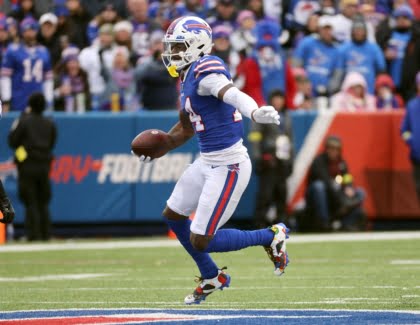 The Buffalo Bills have some major division games against the Patriots, Jets, and Dolphins in the next few weeks. All matchups Miller is likely to miss.