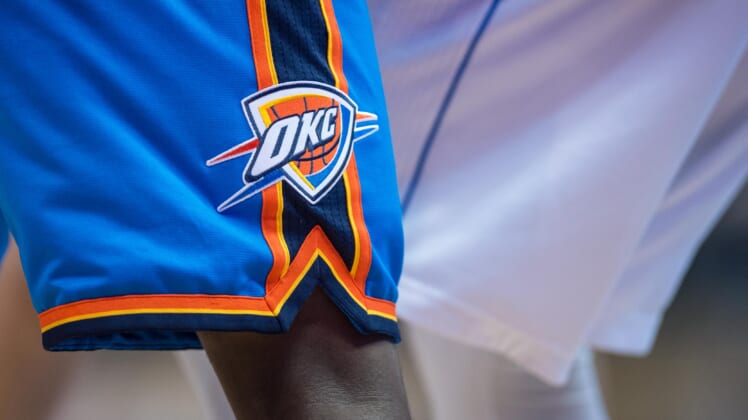 The 2022 Oklahoma City Thunder draft will include two lottery selections, another first-round pick and a selection in Round 2.

For general manager Sam Presti and Co., the process seems to be coming to fruition. Oklahoma boasts 19 first-round picks over the next seven years. The idea is to build around the likes of Shai Gilgeous-Alexander and Josh Giddey from within.

Coming off a 58-loss season, Oklahoma City must hit on a vast majority of these picks. Before we preview the 2022 Oklahoma City Thunder draft, let’s check in on the picks that they have.

It’s either going to be Gonzaga’s Chet Holmgren or Smith going No. 1 overall to the Orlando Magic. Right now, Holmgren seems to be the leader in the clubhouse. In no way does this mean Smith would be a bad consolation prize for OKC.

The 6-foot-10 former Auburn star has an ability to stretch the court from the four spot. He shot 42% from distance for the Tigers a season ago, and boasts some tremendous moves to create his own shot.

An athletic force on both ends of the court, the star potential certainly is there for Smith. If he’s available at two, Presti and Co. would be doing cartwheels.

With SGA, Giddey, Smith and wing Luguentz Dort acting as building blocks in Oklahoma, some might believe that the team should draft a center with the second of its two lottery picks. We’re just not seeing it. The Thunder are not in a position to reach in the lottery. Whether it’s at one of the two guard spots or out on the wing, best player available should be the name of the game at 12.

In particular, we’d love to see Oklahoma City target fomer Duke wing AJ Griffin if he’s available at 12. We’re talking about yet another frontcourt player who can stretch the court (45% shooting from three-point range as a freshman.

Griffin would come in and become an immediate bench presence behind Dort at the three. He can also play the four when Oklahoma City goes small and has Smith at the five. That type of shooting inside would make up for Giddey’s lack of range out on the perimeter.

Oklahoma City Thunder trade back into the top 20

With all of the draft capital that they boast, it would not be a surprise if the Thunder opted to trade up from the 30th spot into the top-20 for a target player at a need position. Perhaps, a team like the Houston Rockets picking at 17 might make sense.

The Thunder could offer up their 30th pick and a future first-round pick to a squad in Houston that has to continue adding draft capital. In the process, Oklahoma City targets Jalen Duren from Memphis.

Duren is the most-talented true center in the 2022 NBA Draft. He has the skill-set to make an immediate impact. He fits a major need. By avoiding Duren at 12 and trading up for him a handful of spots later, the Thunder also find value.