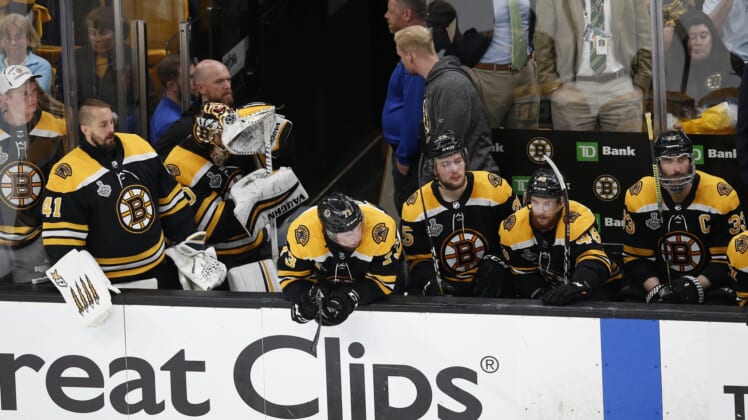 After another disappointing loss to end the season, the Boston Bruins need to regroup and figure out where it went wrong. It is tough to get blown out at home during Game 7 of the Cup Finals, but the Bruins bring back a ton of talent and are looking to build into the future.

What a run: Towards the end of the regular season, the Bruins were one of the best teams in the league and a favorite to hoist the cup. They made it all the way to the final game of the season thanks to many different factors.

What are the Bruins’ needs? After a tough end to the season, general manager Don Sweeney will go back to the drawing board to see what went wrong throughout the season.

Here are the main concerns for the Bruins going into the offseason.

What they should do: Looking at this team on paper, it is great offensively and defensively. But, as always, there is definitely room for improvement.

So, what exactly can the Bruins do to maximize their potential?

The bottom line: The B’s bring back their core of Marchand, Bergeron, Pastrnak, Krejci, and Rask. Those guys are locked up till at least 2021. As they are getting older, their window is closing, so that “win now” mentality is more important than ever.

If they can resign the keys guys and pick up a big free agent, the Bruins will once again find themselves as a Stanley Cup contender.