NFL picks against the spread Week 9: Lions take out Packers and much more 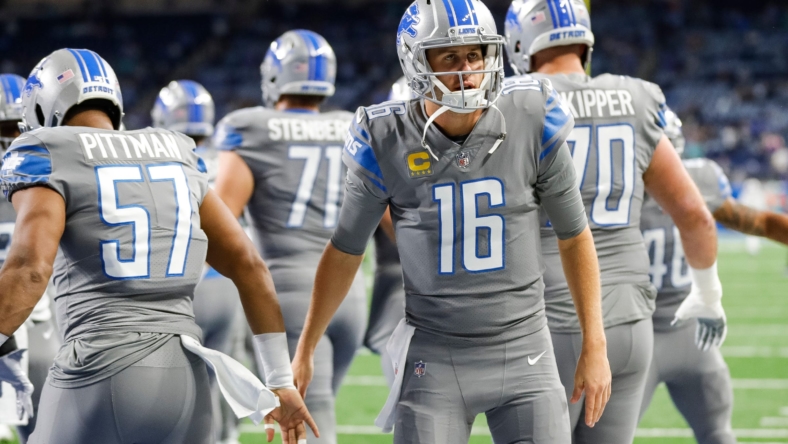 Our NFL picks against the spread are back with a fresh look at the most worthwhile Week 9 matchups around the league.

In this lastest edition, we will focus on four games (listed below) that offer up NFL picks against the spread worth your bet.

For the first time since all the way back in 2016, the Packers have lost four consecutive games. If they fall to the Detroit Lions on the road come Sunday afternoon, Aaron Rodgers and Co. will find themselves in the midst of a five-game losing streak for the first time since the quarterback’s first season as their starter all the way back in 2008.

Green Bay did nothing ahead of the NFL trade deadline to help solve these issues, missing out on Chase Claypool to the division-rival Bears and failing to meet the asking price for Denver Broncos wide receiver Jerry Jeudy.

There’s nothing that can be solved on the field outside of previously unproven players stepping up when they have not done that thus far during the season. Green Bay ranks 26th in the NFL in scoring and in the middle of the pack in points allowed. 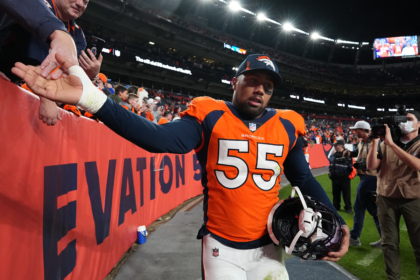 As for the Lions, they are also in the midst of an ugly five-game losing streak. Though, there’s some hope here. Jared Goff did what he could last week to keep Detroit close against a good Dolphins team, seeing his Lions lose by the score of 31-27. While Detroit’s defense leaves a lot to be desired, this could be a get-right game. In turn, one of our NFL picks against the spread has Detroit at least covering at home against a struggling Packers squad.

Cincinnati’s offense was a complete and utter disaster in a 32-13 loss to the Cleveland Browns on Monday night. It’s no coincidence that star wide receiver Ja’Marr Chase missed this game due to a hip injury. In short, Cincinnati’s offense is much different without Chase in the mix.

Consider this. Joe Burrow put up 193 net passing yards on 41 drops backs while being sacked five times by Browns defenders. This came one game after he completed 34-of-42 passes for 481 yards with three touchdowns and zero interceptions in a record-breaking performance against the Atlanta Falcons.

Seeing Carolina as north of seven-point dogs in this one doesn’t make sense given how well the team has played under interim head coach Steve Wilks. The Panthers took out Tom Brady and the Tampa Bay Buccaneers in his debut back in Week 7 before just coming up short on the road against the Falcons last week. We love what P.J. Walker is doing under center. Meanwhile, close outings seem to be the name of the game for the Panthers right now. At the very list, pick them to cover on the road against Cincinnati.

Now in last place in the AFC West following a humiliating shutout loss to the New Orleans Saints last week, nothing is working for Josh McDaniels and the Raiders. They are 0-4 on the road and have averaged less than 20 points per game during those outings. Vegas’ only wins this season have come against two teams in that of the Broncos and Texans who are a combined 4-10-1 heading into Week 9.

Stars Darren Waller and Davante Adams are banged up heading into this one. Derek Carr is playing poor football in his first season under McDaniels. It’s just snowballed on the Raiders through eight weeks.

While the Jaguars are not in a much better situation under fellow first-year head coach Doug Pederson (five consecutive losses), it must be noted that this team has been competitive. All six of their losses this season have come by one score. We fully expect Trevor Lawrence and Co. to turn it around in Duval on Sunday, and that’s noted in our most-recent NFL picks against the spread. Opt for the Jags to win outright and thank us later.

Tennessee Titans keep it close against the Chiefs

Rarely do you see a team that sits at 5-2 as near two-touchdown underdogs. But that’s the case given Tennessee’s quarterback situation. Rookie Malik Willis got the start over an injured Ryan Tannehill last week, leading the Titans to a 17-10 win over the Houston Texans despite throwing just 10 passes. However, it was Tennessee’s rushing attack that stood out in this one. It went for 314 yards on the ground.

Whether it’s Tannehill or Willis under center in Week 9, winning the time of possession battle will be key against Patrick Mahomes and Co. It seems that the team is more than prepared to continue with what’s working. Despite Kansas City being seen as obvious favorites in this one, we envision a scenario in which this is kept close simply because of limited opportunities for its offense. Our NFL picks take this into account.