Our NFL picks against the spread are back with a fresh look at the most worthwhile Week 8 matchups around the league.

Week 7 offered us some major surprises, including the New York Giants upsetting the Jacksonville Jaguars. Sportsnaut got that one right. On the other hand, the Washington Commanders’ home win over a struggling Green Bay Packers squad caught everyone by surprise.

In this lastest edition, we will focus on five games (listed below) that offer up NFL picks against the spread worth your bet.

We’re not sure what the oddsmakers are doing here. New England is coming off a pathetic home showing in a 33-14 loss to the Chicago Bears. Quarterbacks Mac Jones and Bailey Zappe combined for four turnovers. Meanwhile, head coach Bill Belichick has fumbled the quarterback position with the Patriots. It might be a must-win game for New England, but playing on the road is not going to help matters.

Winners of four consecutive games, New York has taken out playoff contenders in that of the Miami Dolphins and Green Bay Packers during this span. Its 40-17 home win against the Dolphins was especially surprising.

New England’s quarterbacks have combined for seven touchdown passes against nine interceptions this season. Led by likely NFL Defensive Rookie of the Year Sauce Gardner, the Jets’ pass defense has been tremendous (77. QB rating allowed). That will be the difference here.

Ever since an ugly Week 2 loss to the undefeated Philadelphia Eagles, Minnesota has run off four consecutive wins. It is coming off a bye and pretty much has the full roster of players set to host an average Arizona team in Minneapolis on Sunday.

Why would we utilize this game as one of our NFL picks? Well, it’s rather simple. Minnesota is winning by an average of 5.2 points during its current streak. That includes victories over lowly teams such as the Detroit Lions, New Orleans Saints and Chicago Bears. To say that this squad has had an easy schedule would be an understatement.

As for the Cardinals, they are coming off a much-needed win over the New Orleans Saints and are losing by an average of less than three points per game on the campaign. That included a narrow 20-17 loss to the undefeated Eagles back in Week 5. Expect Arizona to keep this one close and pull off a surprising win in the Twin Cities.

This should be among the most-popular NFL picks for Week 8. Likely set to be without star running back Ezekiel Elliott, Dallas finds itself as near double-digit favorites over a Bears squad that has been competitive thus far on the season.

Chicago’s last three losses have all come by one score. It is coming off a blowout win over the Patriots and boasts a defense that has yielded the seventh-fewest points in the NFL this season. This unit just won’t allow Chicago to get blown out too often even after trading Pro Bowl edge rusher Robert Quinn. 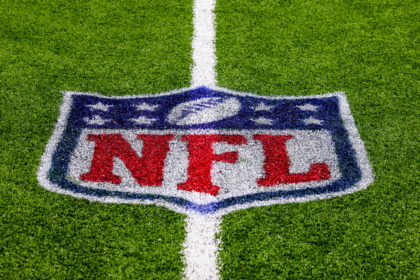 Dallas is also in an interesting situation in that it ranks in the bottom 11 in points scored but boasts the second-best scoring defense in the NFL. We’re expecting a lower-scoring affair in this one. If so, a 9.5-point spread just doesn’t seem to make too much sense.

In a surprising move, Indianapolis opted to bench Matt Ryan after another brutal outing against the Tennessee Titans in Week 7. It will now throw out inexperienced second-year signal caller Sam Ehlinger under center.

“Do you want to take a step back? Maybe at some point you have to do that, but that’s the hard part. As Chris and I and Mr. Irsay sit down and talk about those things, those are the decisions that you have to make every offseason.”

Did Reich just admit that going with Ehlinger is taking a step back? This can’t be seen as a good thing for a team that’s still 3-3-1 on the campaign and very much in playoff contention. The issue here is what this team has done against lackluster opponents thus far on the season. That includes a tie against the Houston Texans, a narrow overtime win over the Denver Broncos and a close outing against the Jacksonville Jaguars.

As for Washington, this team is coming off two consecutive wins. Its offense looks much better with Taylor Heinicke starting over the injured Carson Wentz. The rushing attack has gotten going with the combination of Antonio Gibson and Brian Robinson Jr. Look for Washington to pull off the minor upset as three-point dogs in this one.

Much like Chicago, we’re not predicting Green Bay to win outright. That would be utterly foolish on the road against a vastly superior Buffalo Bills team. Rather, we expect Aaron Rodgers and Co. to show some fight in this one.

These Packers have lost three consecutive games to the New Jersey-based teams and the aforementioned Commanders. All three were seen as likely wins at the start of the season. Now 3-4 on the campaign, Green Bay finds itself in desperation mode. In turn, a desperate Rodgers might be able to turn the clock back some. 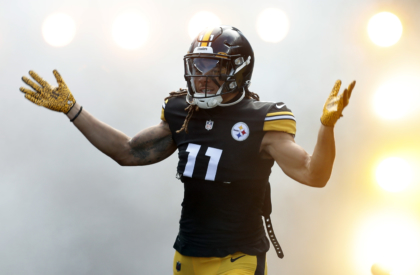 Another benefit for Green Bay here is the fact that Buffalo is coming off a bye and has laid a couple eggs this season. That included a road loss to the Miami Dolphins back in Week 3 and a narrow victory over the Baltimore Ravens the following Sunday. As for as NFL picks go, simply put some cash on the Packers covering.

Let is know what you think of our NFL picks against the spread for Week 8 in the comments section.