Sunday’s NFL Week 3 action is coming to a close and every weekend keeps getting better. On an afternoon of upsets, MVP-caliber performances and some statement wins, there are plenty of winners from the NFL games today.

Football fans witnessed everything they could ask for on Sunday. For those who love upsets, the Jacksonville Jaguars stunned the Los Angeles Chargers and the Indianapolis Colts took down the Kansas City Chiefs. In terms of statement games, victories for the Green Bay Packers and Miami Dolphins deserve all the attention they’ll receive from the media in the days ahead.

If you want standout player performances, there are plenty to choose from. Lamar Jackson, Kenny Clark and Brandon Graham dominated Sunday. On the other end of the spectrum, performances from Justin Fields and the Washington Commanders’ offensive line are going to be difficult to watch in the film room on Monday.

Here are the winners and losers from NFL Week 3.

Mike McDaniel is the runaway favorite for Coach of the Year right now. Everyone set mildly high expectations for the first-year coach, believing he could do enough to make this a playoff team. NFL Week 3 fully captured why it’s time to view the Dolphins as one of the best teams in the NFL and a legitimate threat to win the Super Bowl.

Miami proved it can win in a variety of ways. In the season opener, the Dolphins won a physical game despite a lot of mistakes against a divisional rival. It was followed, of course, by the incredible fourth-quarter comeback on a day when Miami’s defense was at its worst. In NFL Week 3, the Dolphins’ defense held the Buffalo Bills to a 50% red-zone conversation rate and kept them out of the end zone in the second half. Beating the Super Bowl favorite on a day when Miami easily lost time of possession (40:40-19:20), that speaks volumes.

The Indianapolis Colts stunning the Kansas City Chiefs will go down as the biggest upset in NFL Week 3. Even with the Colts at home, they showed nothing in their first two games to suggest they could hang around with Patrick Mahomes and Co. There are definitely a few positives Indianapolis will take away from the victory, but Kansas City will know it cost itself on Sunday.

It all happened quickly. Rookie Skyy Moore, who only returned one punt in his college career, muffed the return and gave Indianapolis the football at the 4-yard line. It set Indianapolis up for an early 7-0 lead and clearly got into Moore’s head. The inexperienced returner wasn’t comfortable on his next opportunity, backing away from the ball and allowing it to bounce away and then be downed at the 1-yard line.

Moore wasn’t the only one at fault Sunday. With Harrison Butker inactive, replacement kicker Matt Ammendola missed a 34-yard field goal in the fourth quarter and also whiffed earlier in the day on an extra-point attempt. That’s an 11-point swing and Ammendola’s issues left Andy Reid with so little confidence that he attempted a fake field goal that was destined to fail. All of this is why the Chiefs lost.

Whether or not the Philadelphia Eagles locker room liked Carson Wentz or not when he was in the locker room, they clearly enjoyed hitting their teammate. Howie Roseman invested a significant amount of draft capital and cap space into this defense and Sunday’s dominant victory over the Washington Commanders highlighted why this is one of the best NFL defenses in 2022.

If you thought the stats from last week were impressive – 4.5 yards per play allowed, three takeaways, two sacks and seven points allowed – its nothing compared to what we saw in NFL Week 3. Philadelphia recorded 17 quarterback hits and nine sacks, with four players contributing at least 1.5 sacks (Brandon Graham, Haason Reddick, Fletcher Cox, Josh Sweat). In the last two games, the Eagles have allowed just 15 points and 3.8 yards per play.

When the Las Vegas Raiders named Josh McDaniels as their head coach, many viewed it as the best hiring of the NFL offseason. After learning from the mistakes he made in a failed two-year stint with the Denver Broncos, everyone anticipated we would see McDaniels 2.0. It seemed even more likely because Las Vegas built a win-now roster of stars this spring.

The Raiders are now 0-3 in the toughest division in the NFL. Keep in mind that this was supposed to be a relatively easy portion of the schedule. There are still two matchups against the Kansas City Chiefs, Denver Broncos and tough battles against the Los Angeles Rams and San Francisco 49ers. All the reports out of Las Vegas coming out of a 4-0 preseason suggested McDaniels had this team prepared for a hot start. 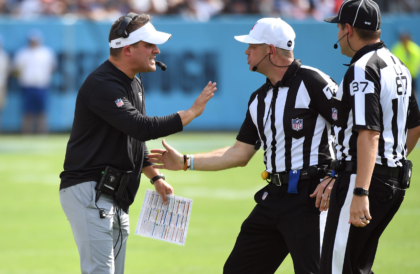 Instead, the Raiders’ offense has scored 25 points in the last six quarters. It’s time to be concerned about McDaniels and the Raiders. It also keeps falling short in crunch time, falling short in the biggest moments and allowing the little things to cost them. Las Vegas hired McDaniels to wipe those out, yet they fuel the 0-3 mark.

No team needed a win more in NFL Week 3 than the Green Bay Packers. If they couldn’t be a Tampa Bay Buccaneers roster without Chris Godwin, Mike Evans and Julio Jones, no one would have any reason to believe it would ever happen. Thanks to a lights-out performance from the defense and some early scoring from Aaron Rodgers, this franchise remove some of the doubt surrounding it.

Rodgers and the Packers’ offense came out on fire early, holding a 14-3 lead midway through the second quarter. If not for an Aaron Jones fumble near the goal line, this one could have entered blowout territory. Instead, Tampa Bay neutralized Rodgers and Co. the rest of the way. It put all of the weight on the defense’s shoulders and this unit delivered an outstanding performance. Road victories over Tom Brady are hard to come by, but proving they can do it is a testament to the Packers’ roster.

Excuses could be made for Justin Fields in the first two games of the season. No quarterback, especially an inexperienced player, would have performed well in the horrific weather conditions at Soldier Field in Week 1. The following Sunday, Chicago’s offense simply didn’t have the necessary talent to do anything against a top-10 defense. We don’t have any excuses for what happened in NFL Week 3.

On Fields’ first interception, it looked like Houston Texans’ rookie Jalen Pitre was the intended target and he easily picked it off. Later in the game, the Bears’ quarterback badly missed again with an overthrow hat Pitre casually snatched out of the air like it was a punt return. We’ve criticized the Bears’ new regime for failing to build a viable supporting act around Fields and that remains true. At this point, though, it’s fair to wonder if even a hand-picked coaching staff and receiving corps would be enough to overcome Fields’ inaccuracy and reckless throws.

Lamar Jackson is going to keep being a weekly winner if he plays at this level. During his NFL MVP season in 2019, the Baltimore Ravens quarterback totaled a 7-0 TD-INT ratio with 763 passing yards, 172 rushing yards and a rushing touchdown. Coming out of NFL Week 3, Jackson has 749 passing yards, a 10-2 TD-INT ratio with 243 rushing yards and two scores. 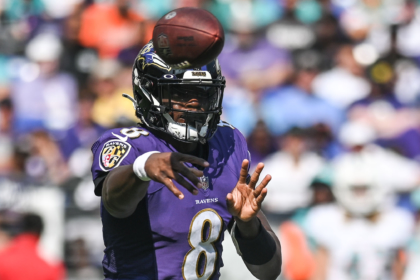 He made it look easy again on Sunday. Jackson finished with his second consecutive 100-yard game on the ground, tacking on five total touchdowns including the game-winner in a 37-26 victory. Baltimore thought its final contract offer was fair, believing it fairly valued what he does for this offense. As Sunday once again showed, Jackson deserves to make $50 million per season.

The victory over the Las Vegas Raiders a week ago doesn’t look as impressive now. Kyler Murray couldn’t become Superman. When that happens, it reminds the football world that Kliff Kingsbury is overmatched as a play-caller. Of course, coaching isn’t the lone problem. Steve Keim assembled a flawed roster around its superstar quarterback, wasting first-round picks on luxury pieces. If the Cardinals want to be a contender in the years ahead, a regime change is needed. 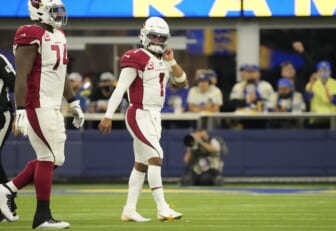 Winner: Jacksonville Jaguars are the best team in AFC South

While the Indianapolis Colts delivered the most stunning win in NFL Week 3, the best team in the AFC South is the Jacksonville Jaguars. Trevor Lawrence is playing like a generational talent and there is plenty of credit to go around. Doug Pederson built an offense that highlights his quarterback’s strength. Christian Kirk is proving that his contract was valued perfectly and Jemas Robinson looks incredible months removed from a torn Achilles.

All of that makes Jacksonville a threat for a Wild Card spot. It’s the defense that puts the Jaguars over the top. We’ve seen this unit hold the Colts and Chargers to 10 combined points in the last two games. While things might not be quite as easy in Week 4 against Philadelphia, we feel confident calling this the best team in the division right now.