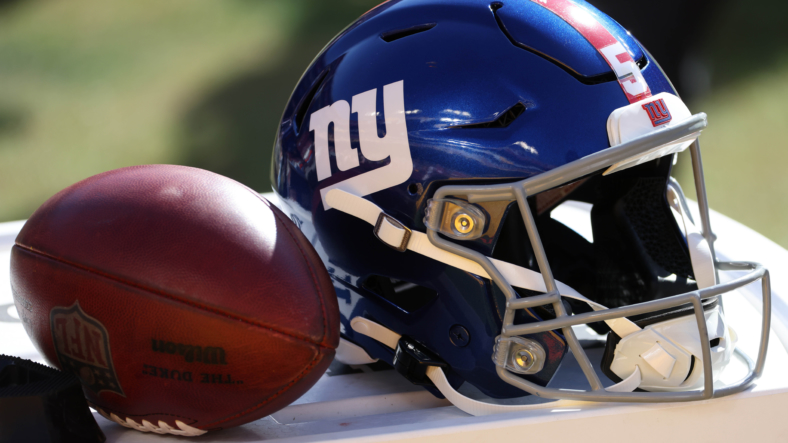 The New York Giants are one of the most storied franchises in the NFL. They have a total of eight league championships and are the only franchise to win a Super Bowl in each of the last four decades.

This is due to the great players that have surrounded the organization in its 98 years of existence.

It’s difficult to rank the greatest Giants of all time because comparing different eras of the past to today’s game can be so subjective.

But we decided to make a list of the top 10 New York Giants of the Super Bowl era. The criteria for this list is based on the impact the player had on the team and the accolades they earned throughout the course of their careers.

Here’s the list and a few bonus honorable mentions that garnered consideration for the top 10.

The Giants’ defense elevated to the next level when Carl Banks arrived in 1984, as he solidified the left side of the defense. He was named to the PFWA All-Rookie Team and would make the Pro Bowl in 1987.

Perhaps the best game of his career occurred in Super Bowl XXI when Banks had a game-high 14 total tackles. Sometimes he was overlooked due to playing with future Hall of Famers Lawrence Taylor and Harry Carson, but the linebacker got his due as he was named to the All-Decade Team of the 1980s. Banks is one of the best Giants defenders of all time, without a doubt.

Tiki Barber was one of the best dual-threat running backs in the league, but fumbles plagued the early part of his career. Later, thanks to the arrival of Tom Coughlin, Barber’s fumbling issue was put to bed.

He would be voted to the Pro Bowl in his final three seasons in the league and was named first-team All-Pro in 2005. He is the franchise’s all-time leading rusher with 10,449 yards, and his 2,390 all-purpose yards in 2005 are the fourth most in NFL history. Any list of the top Giants running backs of all-time has to start with Barber.

Osi Umenyiora is the next elite pass rusher on this list as he was a disruptive force coming off the edge for his entire career. He set the franchise’s single-game sack record with six back in Week 4 of the 2007 season against the Philadelphia Eagles and quarterback Donovan McNabb.

He was a pivotal member of the pass rush that helped Big Blue take down the Patriots twice in the Super Bowl.

Umenyiora was also voted to the Pro Bowl twice and made first-team All-Pro in 2005 and second-team All-Pro in 2010. During the 2010 season, he tied an NFL record for most forced fumbles in a season with 10. Umenyiora will forever be remembered as a Giants legend.

Leonard Marshall was often overlooked because he played next to Lawrence Taylor, but Marshall was a great pass rusher as well as he had three seasons (1985, 1986, and 1991) where he had double-digit sacks.

He was voted to the Pro Bowl and second-team All-Pro teams following the 1985 and 1986 seasons. The play that he is remembered most for is his vicious sack on Joe Montana in the 1990 NFC Championship Game that knocked the QB out of the game.

He would sack John Elway twice in Super Bowl XXI and take down Jim Kelly once in Super Bowl XXV. This season Marshall will finally be inducted into the Giants Ring of Honor on Monday, September 26, when the Giants host the Dallas Cowboys. It’s only right for Big Blue to recognize one of their greatest players to ever wear a Giants jersey.

Following Strahan’s retirement, Justin Tuck took over the role as the leader of the defense. He was voted first-team All-Pro in 2008 when he had a career-high 12 sacks and second-team in 2010.

His example of leadership was on full display before Super Bowl XLVI as he gave a passionate speech to his teammates. Just as the case was with Manning, Tuck shined the brightest on the biggest stage as he had two sacks in each of the Giants’ Super Bowl victories over the Patriots and could have been named MVP of both games. Thanks to a strong career, Tuck has earned a place among the best Giants defenders in team history.

Grit and toughness are two of the words that describe Phil Simms as he battled back from injuries early in his career and lead the team to the mountaintop. Simms didn’t put up prolific statistics such as other quarterbacks in his era. But that was only because he played in a run-first offense and had to deal with the swirling winds in Giants Stadium.

But make no mistake about it, he was one of the best quarterbacks in the 1980s and was voted to the Pro Bowl two times in his career.

Simms would have one of the finest days a quarterback has ever had in Super Bowl XXI as he completed 22 out of 25 passes for 268 yards and three touchdowns and was named MVP.

Harry Carson didn’t get the national recognition he deserved early in his career because he played on bad Giants teams. But Giants fans knew he was one of the best linebackers in the game.

He made the Pro Bowl nine times in his career and was a first-team All-Pro in 1981 and 1984. He was one of the franchise’s best leaders, and he helped groom Taylor as well as Carl Banks

Carson’s popularity grew in 1986 as he would pour a bucket of Gatorade on head coach Bill Parcells’s head following every win. Carson would finally get inducted into the Hall of Fame in 2006, taking his rightful place amongst the greatest players in the game.

Michael Strahan was one of the greatest pass rushers in NFL history, as his 141.5 sacks rank 10th on the unofficial list. In 2001 he set the all-time single-season sack record with 22.5 sacks and was named Defensive Player of the Year.

He was a leader on the field and in the locker room and would be a mentor to other Giants pass rushers such as Osi Umenyiora and Justin Tuck.

Strahan’s leadership was never more evident than in his final game in Super Bowl XLII where he spearheaded the Giants’ pass rush that sacked Tom Brady five times and ended New England’s bid for an undefeated season.

He was named to the Pro Bowl seven times and was inducted into the Pro Football Hall of Fame in 2014.

The bigger the stage, the better Eli Manning performed, as evident by his 8-4 postseason record. Manning holds every significant Giants passing record and is currently ninth in NFL history in passing yards (57,023), and 10th in career touchdown passes with 366.

But what he’ll be remembered most for is his late-game heroics in the Giants’ two Super Bowl victories over the New England Patriots in Super Bowls XLII and XLVI where he was named Super Bowl MVP.

Manning was also as durable as they come as he never missed a game due to injury during his 16 seasons. He was a consummate leader on and off the field and is without a doubt a future Hall of Famer. There’s a reason he’s considered one of the greatest Giants ever.

Lawrence Taylor being number one on a list of best New York Football Giants of all time was a no-brainer. Not only is he the greatest Giant of all time, but he is the greatest defensive player in NFL history.

There has never been a more dominant and disruptive force before or since LT. New York had missed the playoffs from 1964-1980, but the team’s fortune would change immediately upon his arrival in 1981. Taylor would win Defensive Rookie of the Year and Defensive Player of the Year and led the Giants to a wild card berth with a 9-7 record.

His best season came in 1986 when he led the NFL with a career-high 20.5 sacks and was named NFL Defensive Player of the Year. More importantly, he guided New York to their first Super Bowl title as Big Blue defeated the Denver Broncos 39-20 in Super Bowl XXI.

Four years later, he helped the Giants to their second Lombardi Trophy with a 20-19 victory over the Buffalo Bills in Super Bowl XXV.

Taylor finished his career with 132.5 sacks, was named to 10 consecutive Pro Bowl teams from 1981-1990, was named Defensive Player of the Year three times, and was inducted into the Pro Football Hall of Fame in 1999. He is the reason why left tackles and outside linebackers get paid so much money today.