On the heels of the Green Bay Packers 42-10 victory over the Christian Ponder-led Minnesota Vikings on Thursday night, a lot of the talk around the football water cooler has surrounded the lack of competitive “mid-week” games on the league slate this year.

Green Bay jumped out to a 28-0 halftime lead over Minnesota, leaving no doubt what the outcome of the game would be by the time the teams kicked off for the third quarter.

A week prior, the New York Giants held a 24-7 lead against the division-rival Washington Redskins at halftime. They put that game well out of reach with two fourth quarter touchdowns en-route to a 45-14 beatdown of Kirk Cousins and Co.

These two games don’t even come close to what occurred at the Georgia Dome between the Atlanta Falcons and Tampa Bay Buccaneers when the home team opened up a 35-0 halftime lead before taking a 56-0 advantage into the final quarter.

Overall, the combined halftime score of the last three Thursday Night Football matchups is a robust 87-7.

That’s not necessarily going to pique the interest of the common fan. Instead, potential viewers are going to assume that this might very well be par for the course around the NFL. And while the league is still witnessing solid ratings on Thursday night, it is not putting out the best product for potential long-term viewers of the game.

And that’s a major issue for a league that is still attempting to reach out to an even larger audience, especially with the new DirectTV deal just announced. Once these lack of competitive games start to impact ratings, you can bet the league will take notice.

The NFL can only hope the remaining Thursday Night Football schedule gets better. And in reality, there is a good chance that it will with the upcoming slate of games. 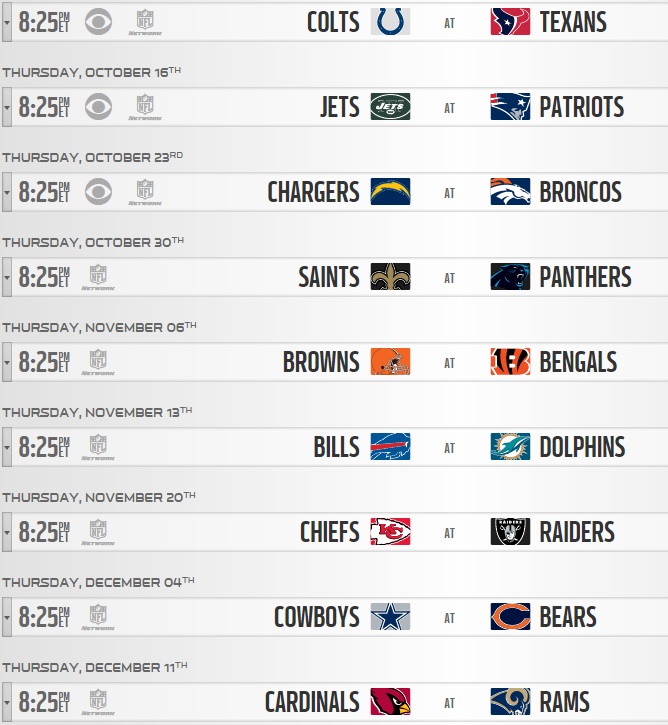 If not, we always have the 49ers-Seahawks Thanksgiving night matchup to look forward to at Levi’s Stadium. We can all but guarantee that will be a good football game.