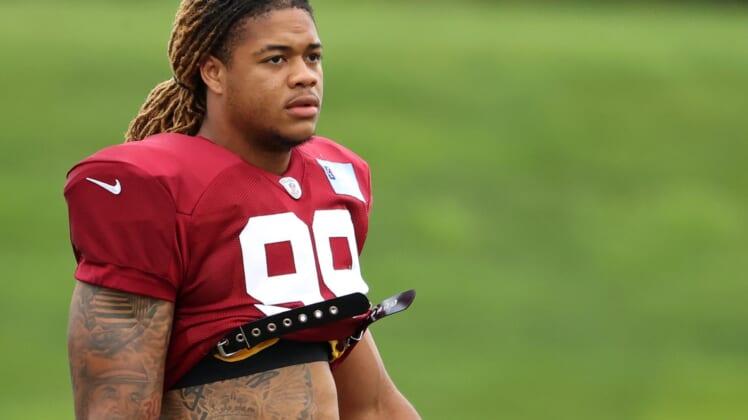 However, changes were made heading into the 2020 season, and the Washington Football team has one of the most-promising defenses in the NFL.

Here are the five reasons why Washington will rank top five in defense in the NFL.

The coaching carousel is over, and stability has finally been found with head coach Ron Rivera. Rivera brought in Jack Del Rio as defensive coordinator, and Del Rio has a history with leading great defenses.

The coaching changes are not the only positive changes for the Washington Football Team. They also boast one of the best front sevens in all of football with a mix of youth and experience. The combination of both will allow Washington to have a top-five defense in the NFL.

Rivera and Del Rio are switching the team’s defense from a 3-4 to a 4-3. This will allow for Jonathan Allen and Matt Ioannidis to be on the field at same time. Allen finished the 2019 season with six sacks and seven tackles for loss while Ioannidis finished with 8.5 sacks and 11 tackles for loss. Both of these players on the interior will be a nightmare for opposing defenses.

The inside is not the biggest strength for Washington’s front seven. The outside of the defensive line is going to be a force to be reckoned with. Washington used the No. 2 overall pick in the 2020 draft to select a generational pass rusher, Chase Young. Young alone will draw double teams, and this will allow for the other talent on the defense to thrive.

Four-time pro bowler, Ryan Kerrigan, will have the chance to have one-on-one opportunities, something he has never experienced in his career with Washington. In addition, the 26th pick in the 2019 NFL draft, Montez Sweat, will be poised to a sneakily good season due to all the attention his teammates will be receiving. The defensive line will be Washington’s biggest strength, and the rest of the defense is promising if they exceed expectations.

Linebackers Cole Holcomb, Jon Bostic and Ryan Anderson are going to have the opportunity to start fresh. The switch to a 4-3 defense will allow them to drop more into coverage and not rush the quarterback. If Reuben Foster can remain healthy, he will add another dimension for Washington’s linebacker core.

The secondary for Washington is a work in progress. Safety Landon Collins landed a huge contract in 2019, and he is going to be the star in the secondary. Cornerback Kendall Fuller returns to Washington after being traded for Alex Smith in 2018. He returns a Super Bowl champion, and he will provide much needed experience for the young Washington defense.

Cornerback Ronald Darny joins the secondary after several seasons with the Philadelphia Eagles, and reports out of training camp suggest Darby is making a good impression on the coaching staff.

5- Washington showed flashes of greatness in 2019

Washington flashed brilliance during a forgetful 2019 season. It finished 10th in sacks with 46. Washington added a lot more talent to the pass rush, and the new coaching staff will only add to their success.

The Washington Football Team is entering the 2020 season with minimal expectations. They are coming off a 3-13 season, and this is the beginning of a new regime. However, the combination of talent and coaching leaves Washington’s fans with a lot to be excited about. Washington might just finish the season with a top five defense in the NFL.