Here we are. Four teams battling in two games for a chance to move on in the MLB playoffs. The Oakland Athletics will travel to Kansas City to take on the Royals on Tuesday before the Pittsburgh Pirates host the San Francisco Giants in the NL Wild Card playoff the following day.

Here is our preview of the AL Wild Card matchup. We will go in-depth with the Giants and Pirates matchup on Tuesday.

Overview: Oakland comes into this game struggling big time. While it did fend off the Texas Rangers behind a complete game shutout from Sonny Gray on Sunday to clinch a spot in the playoffs, the team is just 22-32 since trading away Yoenis Cespedes for Jon Lester at the end of July. For the Royals, this is their first playoff appearance since 1985. And by all accounts, they are going to have a strong crowd behind them come Tuesday night in Kansas City. The winner of this game will take on the Los Angeles Angels in the ALDS starting Thursday.

Since being acquired in a trade from Boston, Lester is 6-4 with a 2.35 ERA in 11 starts with Oakland. Interestingly enough, Lester’s ERA on the road during the regular season was more than a full run higher than at home (both Fenway and Oakland Coliseum). Though, it must be noted that Lester is 3-0 with a 2.63 ERA against the Royals on the season. His last start against the Royals came on the road back on August 12th. He recorded six innings of three-run baseball while striking out nine. Lester was going up against Jeremy Guthrie in that game. A little over a week before that start, Lester pitched 6.2 innings of three-run baseball in another win against the Royals, going up against Jason Vargas.

The main reason Oakland acquired Lester midseason was for situations like this. He’s an impact postseason performer with a ton of success and experience in October. Just last year alone as a member of the World Series Champion Boston Red Sox, Lester won four of his five starts while putting up a 1.56 ERA. Over the course of his postseason career, Lester is 6-4 with a 2.11 ERA in 13 appearances (11 starts).

Yet another veteran pitcher with a ton of postseason experience, Shields has been pretty solid in his career against the A’s. Including his days with the Tampa Bay Rays, the soon-to-be-free agent has put up a 6-4 record with a 3.82 ERA in 15 career starts against Oakland. The domination, however, comes in form of what he’s done against the AL West team recently. He’s put up a 2.45 ERA in his last five starts against the A’s.

Shields has been much better on the road than at home this season. He’s just 4-6 with a 3.51 ERA at home compared to 10-2 with an ERA under three on the road. Those are some interesting splits right there.

Over the course of Shields postseason career, he’s posted a lackluster 4.98 ERA in six appearances (all starts). His last playoff appearance came against the Texas Rangers back in the 2011 ALDS. Shields was rocked for seven earned on eight hits in just five innings of work. 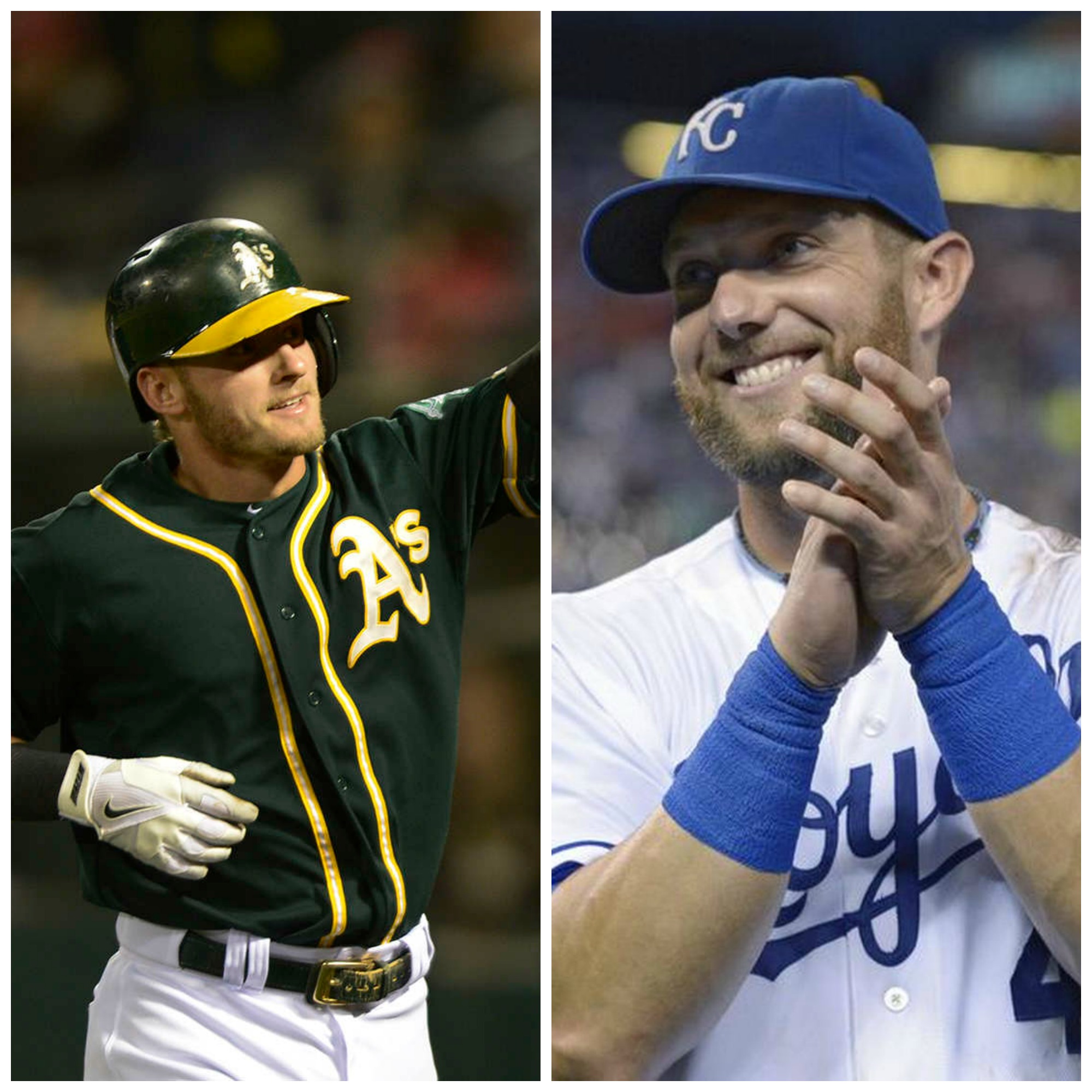 As an All-Star performer this season, Oakland will be relying on Donaldson to play an important role come Tuesday. The issue here is that he’s been downright horrendous in two playoff appearances. The third baseman is hitting just .211 in 10 career playoff games. Sadly for fans in Oakland, he’s also striking out at a near 33 percent clip during the second season. That needs to change if the A’s are going to advance. Donaldson hit .250 with two homers and five RBI’s against Kansas City during the regular year. He’s a career .222 hitter with one homer against Shields.

Much like Donaldson, this power hitter has struggled big time during his postseason career. Moss is hitting a ridiculously low .121 in 10 career playoff games. Even more disturbing than that, he has struck out 20 times in 33 postseason at-bats. It goes without saying that Moss will have to step it up big time here. He did, however, hit .368 against the Royals during the regular year. He’s hitting just .214 in 14 career at-bats against Shields, which could be cause for alarm in Oakland.

This two-time All-Star led the Royals in RBI’s and doubles during the regular season and is their biggest threat against Lester, who he has a career .160 average against in 25 at-bats. Despite his lack of success against the veteran ace, Gordon has shown that he can come up with the big hit this season. He did, however, hit 34 points worst at home than on the road and put up just a .208 average against the A’s during the regular year.

Cain is pretty much what makes the Royals click as a small-ball team with great base runners and an ability to throw a defense off its game. He was a solid all-around player and just one of a few handful of American League hitters to bat over .300 on the year. Cain also hit .412 in 17 at-bats against Oakland during the regular year. Over the course of his career, the outfielder has a .313 average in 16 at-bats against Lester. That could come in huge here.

This is going to be one low-scoring affair. Neither Kansas City or Oakland scare opposing pitching staffs at this point, but the former has performed much better at the plate in the second half of the season. If the Royals are able to get three runs or so against Lester, they should come out on top in this one.

The margin for error isn’t as great for Lester himself, who has to be feeling the pressure at the bump with Oakland’s offense struggling so bad. He knows that it’s going to take a stellar performance to help the A’s advance to the ALDS. With that said, Lester should be more than up for the task.

I am going to go with the veteran who has more postseason experience and success in this one. Oakland comes out on top by the final score of 2-1 in a well-pitched playoff game.