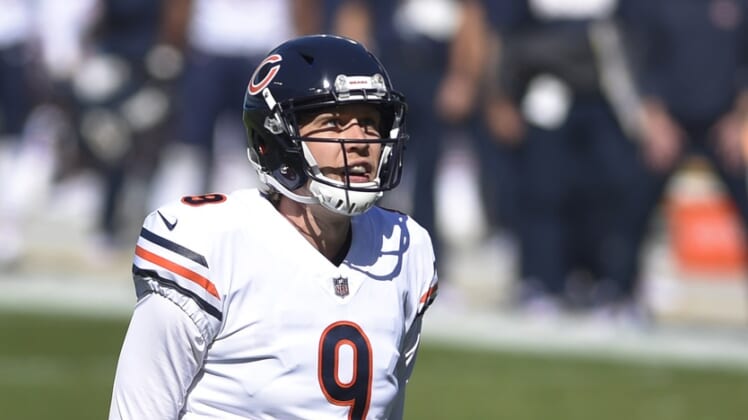 The Chicago Bears on Saturday made the right decision in releasing veteran quarterback Nick Foles.

They had been attempting to find a trade partner for the former Super Bowl MVP. But nothing came to fruition during the 2022 NFL Draft.

Clearly a backup at this stage of his career, Foles can offer a contending team that valuable experience. Below, we look at 5 ideal landing spots for Foles in NFL free agency.

After signing Derek Carr to a massive contract extension, the Raiders’ focus should be on finding a backup for the franchise signal caller. Right now, said job would be Nick Mullens to lose. That’s not an ideal situation given how he performed as an injury replacement for Jimmy Garoppolo in San Francisco back in 2020.

Raiders owner Mark Davis just recently talked about the possibility of bringing in Colin Kaepernick. While that remains unlikely, it’s now clear that Las Vegas is looking for a backup to Carr. Foles could be that guy.

New Jaguars head coach Doug Pederson has a built-in relationship with Nick Foles dating back to their time together with the Philadelphia Eagles. That type of relationship could prove to be valuable as the Jags search for a backup to Trevor Lawrence.

Last season saw C.J. Beathard act as Lawrence’s backup. He’s not necessarily a capable starter should Lawrence go down to injury. Foles’ experience in Pederson’s system would make him a valuable addition.

Speaking of relationships, Colts head coach Frank Reich worked with Foles during their time together in Philadelphia. Sure Indianapolis going to this well once again after the failed Carson Wentz experiment doesn’t make too much sense.

With that said, the Colts don’t have a proven backup behind the recently-acquired Matt Ryan. Sam Ehlinger has not proven to be that guy. James Morgan is unproven. Why not add Foles to the mix as an insurance policy for an aging Matty Ice? 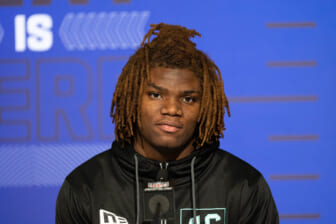 Minnesota is playing with fire by having Sean Mannion back up Kirk Cousins. He’s legitimately one of the worst No. 2 quarterbacks in the NFL today. Meanwhile, former third-round pick Kellen Mond hasn’t shown anything to prove that he can be a starter-caliber quarterback should Cousins go down to injury.

Given that Cousins has started 16 games each of the past seven seasons, Minnesota might have a false sense of confidence that he can’t be bitten by the injury bug. That makes no sense. Foles is capable of being a game manager for a few games should Cousins go down to injury. The same thing can’t be said for either Mannion or Mond.

Russell Wilson is among the least injury-plagued quarterbacks in the NFL. However, he did miss three games to injury a season ago and has been sacked a whopping 427 times throughout his career. Being hit that much has taken a toll.

Denver fancies itself as legit Super Bowl contenders after the blockbuster Wilson trade and other moves it has made this offseason. Relying on Brett Rypien to back up Wilson doesn’t make a ton of sense. Acquiring a veteran like Foles does. It’s that simple.