New York Giants: 3 keys to victory plus a Week 1 prediction vs Tennessee Titans 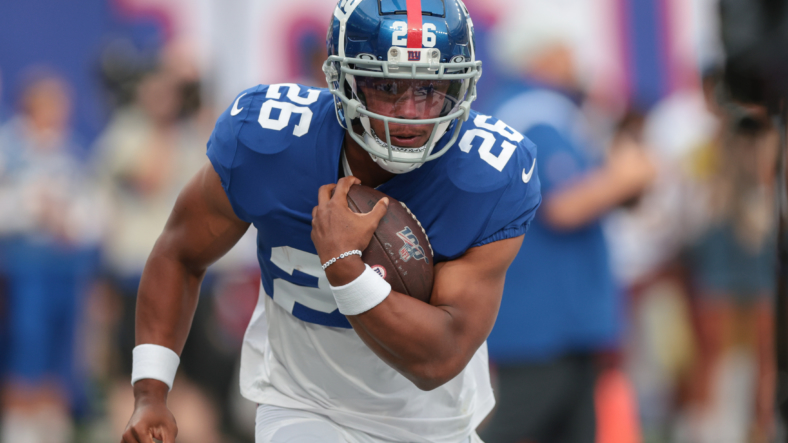 The New York Giants will look to get their first opening day win since 2016 when they take on the Tennessee Titans on Sunday at Nissan Stadium.

If you looked at these two teams based on last season, this would be a mismatch in the Titans’ favor. Tennessee was the number one seed in the AFC a season ago, whereas the Giants were 4-13 and lost their last six games of the season.

But a lot has changed since last season. Big Blue has new head coach Brian Daboll leading the way, and new general manager Joe Schoen has added some valuable pieces to the roster, such as first-round picks Kayvon Thibodeaux and Evan Neal.

While New York has made some valuable additions, Tennessee suffered some key losses as they traded their number one receiver A.J. Brown to the Eagles, released receiver Julio Jones, and lost their leading sack artist Harold Landry III to a torn ACL in August.

Despite the losses, Tennessee enters this contest as 5.5-point favorites. The Giants will need to play sound fundamental football in all three facets of the game if they’re going to pull off the upset.

Here are the three biggest keys for the Giants to come away with a victory on Sunday.

The Tennessee Titans live and die by their workhorse running back Derrick Henry. Henry was on pace for another 2,000-yard rushing season until a foot injury cost him the final nine games of the regular season.

In the eight games that he appeared in last year, Henry averaged 27 carries a game and 4.3 yards per carry. So it’s imperative that the Giants slow down the 6-foot-3, 247-pound Henry, and it will take a collective effort by the front seven to do so.

Dexter Lawrence and Leonard Williams need to fight off their blocks to make life easier for the Giants linebackers to slow down Henry.

If New York’s front seven can accomplish this and force quarterback Ryan Tannehill to beat them, they can force him into making a crucial mistake that will turn the game in their favor.

Let Saquon Barkley be the workhorse

This will be the debut of Daboll and offensive coordinator Mike Kafka’s innovative offense, where they will use Saquon Barkley as the focal point of their offense. For the first time in a long time, Barkley is healthy and is anxious to prove that he can be as explosive as he was back in 2018 when he won Offensive Rookie of the Year.

It’s without question that Barkley is the team’s best offensive player, and it would behoove them to get the ball in Barkley’s hands 25 times or more. If Barkley can outperform Henry on Sunday, the Giants will win.

This will be one of the themes all season long as New York is not talented enough to overcome losing turnover battles. Daboll has probably preached and emphasized to his entire offense and in particular quarterback Daniel Jones, the importance of ball security.

Not only will they need not turn the ball over, but the defense and special teams unit will need to force turnovers. If Big Blue can be plus two in turnover differential on Sunday, it bodes well for their chances of pulling off the upset.

Offensively these two teams mirror one another as they both have questions about their quarterback and rely heavily on their star running backs. However, with players such as Kadarius Toney, you have to give New York the edge when it comes to skill position players.

Although New York might be without their two top edge rushers in Thibodeaux and Azeez Ojulari, the defense should be able to hold their own against the Titans offense. Thanks to an improved offensive line and coaching staff, look for the Giants to eke out a close, hard-fought win.