Each day this week, EA Sports will reveal a Madden 99 Club member for their newest release, Madden NFL 22. To begin the year, five NFL players will receive a 99 overall rating. Here’s the rest of the top ten rated players at each position to start Madden NFL 22.

Other ratings are trickling in, such as rookie quarterback Zach Wilson being rated as a 75, which is higher than Sam Darnold’s 71 overall. Here are some more ratings from the 2021 draft class.

For a look at more specific ratings such as speed, acceleration, and more, EA Sports eventually will have all their ratings updated here.

What do we know about Madden NFL 22?

Additional info regarding Madden NFL pre-orders can be found here.

Dynamic Gameday – Described as being able to deliver the most emotionally driven and interactive gameplay yet by combining the power of next-gen technology, real-world player data and advanced AI.

Next Gen Stats – Madden NFL 22 will also incorporate Next Gen Stats into their gameplay. EA Sports says this will lead to all players being and reacting more true-to-life.

Using Next Gen Player Movement 2.0, players will now “blitz, scramble, and break tackles during gameplay based on their real world Next Gen Stats data”.

Gameday Atmosphere – Using an all-new home-field advantage modifier, players will now feel a shift in momentum during clutch moments. Gamers will now be able to feel the difference in stadiums that tend to be louder than others. But don’t worry, all 32 teams feature their own unique “M-factor” that individualizes each stadium to match the atmosphere.

It should be noted, Dynamic Gameday, Next Gen Stats, Star Driven AI, Gameday Atmosphere and Next Gen Player Movement 2.0 are only available on next gen systems such as Xbox Series X/S and Playstation 5.

How many game modes will Madden NFL 22 have? 5 – Madden Ultimate Team, Franchise, The Yard, Face of the Franchise: United We Rise, and Superstar KO

Did Franchise mode get updated for Madden NFL 22? – Yes

After neglecting some of the finer features in Franchise mode for years, EA Sports has some new updates for gamers who prefer to play multiple seasons of Madden.

From their Gridiron Notes, they explain “more detailed staff management and skill tree progression systems, with comprehensive weekly game strategy that integrates into your gameplan.”

They go on to say “Through the regular season and off-season, new scenarios will keep things fresh as you weigh various risks and rewards to make the right decisions for your team.”

As we learn more about EA Sports’ plans for Franchise mode, we’ll update you here.

More info about The Yard

In Madden NFL 22, gamers playing The Yard will now be tasked with a new challenge-based Solo campaign. You will also be able to conquer new playing fields featuring beautiful beaches and massive mountain landscapes.

Gamers will also take on boss characters with unique NFL talents while being able to unlock celebrations and other items for your playing avatar.

To take things online, a new ranked mode offers Yard players a more competitive challenge against other online gamers for a chance to earn more rewards.

What we know about Face of the Franchise: United We Rise

While Madden has dabbled with Face of the Franchise in the past, it hasn’t had a lot of replay ability. That should change this year.

Now gamers can choose a story as a quarterback, running back, or a linebacker. A new Player Class and progression system gives gamers a chance to choose skills, ratings and specific attributes that offer more personalization for your avatar.

The goal here is to go from scrub to superstar.

When you begin Face of the Franchise: United We Rise, you are placed in the shoes of a prospect prepping for the NFL Draft. The game will take you back to your player’s most memorable college football moments that shaped your career so far.

Eventually, you get into the NFL and begin playing out your rookie season, making decisions along the way.

What is known about Superstar KO so far

Another newer mode first introduced in Madden NFL 20 is Superstar KO. Now, there is a co-op eliminator mode.

In Superstar KO, gamers can play “quick games in unique stadiums with fan-favorite house rules and icons of football culture.” Though, real NFL stadiums and rosters will also be playable for the first time within this mode.

This year’s cover athletes shouldn’t have been too much of a surprise. Tom Brady was on the cover of Madden 18: G.O.A.T Edition and Patrick Mahomes was on last year’s cover.

Tips on buying an Xbox Series X or Playstation 5

If you want to be able to play Madden NFL 22 the day it comes out on either Playstation 5 or Xbox Series X, do not wait for the August 20 release of the video game itself. You’ll find that getting a console takes time, it’s not as easy as adding it to your cart and waiting for its arrival after payment.

While getting your hands on a new Xbox Series X or a PS5 console right now is much easier said than done, some helpful contributors in the tech industry have been giving out tips on how you can acquire the latest video game systems.

It’s best to avoid buying your new console from any unofficial stores and since next-gen consoles cannot simply be purchased at local stores or off shelves at all, landing one has proven tricky for thousands of frustrated shoppers. 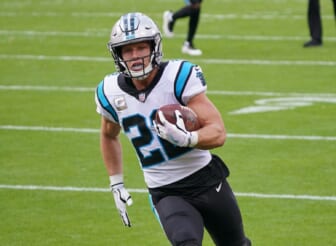 If you are interested in buying either an Xbox Series X or a PS5, before Madden NFL 22 comes out, my advice is to follow Matt Swider on Twitter, as he’s helped thousands of shoppers secure their next-gen console without getting scammed. I personally know of at least three successful console purchases from following Swider’s advice.