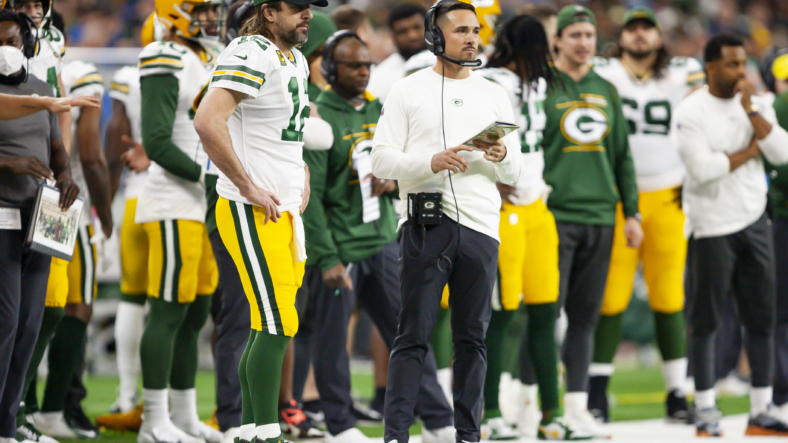 After another rough Week 1 performance, the Green Bay Packers enter Week 2 in must-win mode. Looking to erase the bitter taste of defeat from their mouths, Green Bay welcomes the arch-rival Chicago Bears to Lambeau Field on Sunday Night Football.

The Bears are coming off of a rainy upset win over the San Francisco 49ers last Sunday. A must-win game against a division rival is not exactly what the Packers were hoping to deal with this early on in the season. Then again, it is the Chicago Bears. Aaron Rodgers does indeed still own the Bears. Regardless of past history, the Packers need to take them seriously and win this game. Here are three reasons why the Packers need to win on Sunday night.

The Packers cannot start 0-2 in the division

Green Bay not only lost in Week 1, but they got owned by another division rival in the Minnesota Vikings. It’s a race that could go all the way until the end of the season.

If the Packers start off 0-2 in the NFC North, they might not be able to recover. Also, this team faces playoff-hopeful opponents in the Buccaneers, Bills, Eagles, Cowboys, Rams, Dolphins, and Vikings again. They do not have the most difficult schedule, but it is not the easiest. The Packers must take care of business when they have a beatable opponent. That starts in Week 2 against the Bears.

Related: Biggest Green Bay Packers weakness from 2021 was nowhere in sight in Week 1

The young receivers for the Packers did not have the best game on Sunday in Minnesota. Second-round pick Christian Watson started off by dropping a walk-in 75-yard touchdown. Fourth-round pick Romeo Doubs could not get on the same page for the most part with Aaron Rodgers. Second-year receiver Amari Rodgers did not play an offensive snap.

These players need experience playing well in a winning effort. That experience cannot be overvalued. If the likes of Watson and Doubs can play well in a victory against the franchise’s biggest rival in front of the whole world, their confidence will only grow. This could ignite the spark that Rodgers has been looking for from his pass catchers.

The Green Bay Packers are simply better than 0-2

This Green Bay Packers roster is extremely talented despite having some inexperience at the wide receiver position. They have Rodgers playing for them in his 18th season. They have a winning coach at the helm in Matt LaFleur.

Aaron Jones and A.J. Dillon look like the best running back duo in the entire league. This defense is extremely talented at every single level. Rashan Gary and Kenny Clark are a couple of star-studded pass-rushers. De’Vondre Campbell is a first-team All-Pro middle linebacker.

Despite a poor performance on Sunday, Jaire Alexander, Eric Stokes, and Rasul Douglas are arguably the best cornerback trio in the league. Experienced special teams coordinator Rich Bisaccia is improving his unit one day at a time, which is exactly what this team needed to see this offseason. This roster is better than 0-2.

The Packers could have their most well-rounded team that they have had in the Rodgers era this season. If that is true, a loss to the Bears on Sunday night cannot happen. This team is too good and too talented.