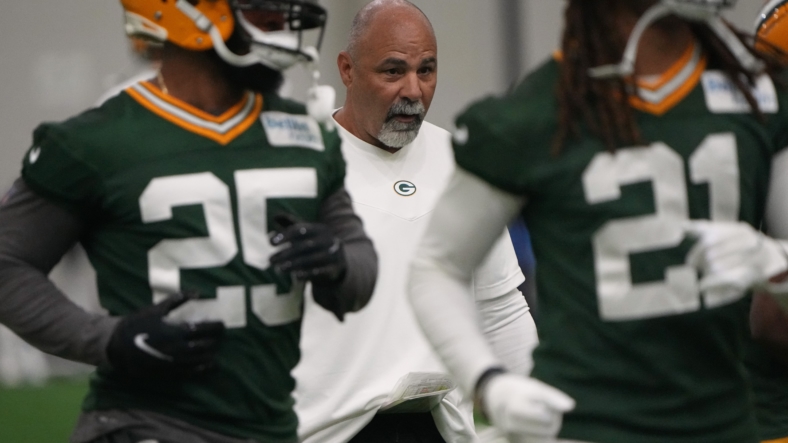 Believe it or not, not every phase of the Green Bay Packers‘ performance in Sunday’s loss against the Minnesota Vikings was awful. Yes, the offense only put up seven points on the board and could not give future, first-ballot Hall of Fame quarterback Aaron Rodgers time to throw.

Yes, the Green Bay defense only got home to Vikings signal-caller Kirk Cousins one time and also decided to let Vikings All-Pro receiver Justin Jefferson break loose for 184 yards and two touchdowns. However, it was the worst phase of this Packers team last year that was the best on the field Sunday in Minnesota.

Believe it or not, it was the special teams unit. Rich Bisaccia’s unit did nothing unbelievably great but also did nothing terrible. They simply did their job. That in itself is a pretty great sign for Matt LaFleur’s squad considering special teams was the reason why the Packers had their season cut short in 2021. Why were they so solid in that area against Minnesota? Let’s take a look.

After years of inconsistency, Pat O’Donnell looks the part

The Packers needed to find an experienced and consistent punter to help them out, especially when the weather turns later in the year. That is why they went out and signed Pat O’Donnell this offseason.

He showed his experience often on Sunday considering Green Bay’s offense was struggling to move the ball. The former Bear was very consistent, with four punts for an average of 44.8 yards per boot. Three of his four punts landed inside the 20-yard line in Minnesota’s territory. His longest punt was 53 yards. After seeing various punters struggle in recent years, the consistency was a welcome sight for the Packers.

Of O’Donnell’s four punts, only one was returned by Vikings return man Jalen Reagor. It was for just seven yards. Green Bay’s gunners in Rudy Ford and Keisean Nixon were able to fly down the field and prevent any sort of big return.

Kickoff coverage was also solid, albeit there were only two kickoffs. Still, the coverage team allowed one return for 25 yards, which is essentially the same as a touchback. No big returns of any kind were allowed on special teams. That is another great sign compared to last season’s effort, which was the worst in the NFL.

Related: Why an Aaron Rodgers rebound is a given heading into Week 2

There was much talk last season and all of this past offseason about the operation of the field goal game. Longtime kicker Mason Crosby kicked in his 242nd career game for the Packers. His long snapper is undrafted rookie Jack Coco out of Georgia Tech. Coco made the team after participating in the team’s rookie camp this offseason.

Despite all this uncertainty, there were no issues with the field goal operation or the punt operation in Week 1. The snaps were clean, and there were no blocks or fumbles. For a unit that either missed or had nine kicks blocked last season, this was yet another welcome sight for this Green Bay special teams unit. The Packers not only have a legendary kicker in his 16th season booting balls for them, but it appears as though they have a good long snapper on their team. We’ll see if it leads to more consistency throughout the year, but so far, so good early on.