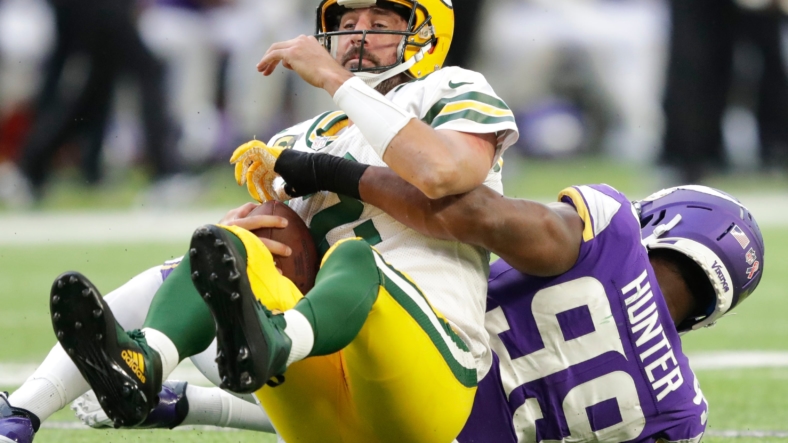 The Green Bay Packers got off to a very rough start to their 2022 regular season. The team got handled by the Minnesota Vikings en route to a 23-7 loss.

Aaron Rodgers had no time to throw, and his receivers had no time to get open. The team’s secondary got carved up by Minnesota signal-caller Kirk Cousins as he continued to find All-Pro receiver Justin Jefferson for big plays at the worst times for the Packers’ defense. Rookie receivers had their opportunities to make plays but failed.

Most notably, second-round pick Christian Watson dropped what would have been a 75-yard touchdown to start off the first drive for the Packers’ offense. The offense did not have their best lineup on the field, as well. With all of that said, it certainly is not time to panic for Green Bay fans quite yet. Here are three reasons why the Packers and their fans do not need to panic quite yet.

This has happened to the Green Bay Packers before

Head Coach Matt LaFleur and the Packers have a lot of experience starting off slowly in the regular season and quickly responding. They have a very beatable and rebuilding Chicago Bears team coming to Lambeau Field next Sunday night in front of the entire world. Their schedule is very favorable as the season moves along. They should get back on track immediately.

The Green Bay Packers were not 100% healthy

The Packers were missing three of their most impactful offensive pieces against the Vikings. No. 1 receiver Allen Lazard (ankle), All-Pro left tackle David Bakhtiari (knee) and Pro Bowl guard/tackle Elgton Jenkins (knee) were all inactive Sunday.

Had the team had all three of those players ready to roll, they would have at the very least been in a very close game in the fourth quarter. Quarterback Aaron Rodgers would have more time to throw and would have had his top receiver in the lineup. The outcome of the game would’ve likely been different to an extent.

The Packers had their chances

This team, without three key contributors, still had their opportunities to win this game. If Christian Watson catches that 75-yard touchdown pass, the trajectory of the game changes dramatically. Also, A.J. Dillon got stuffed on a fourth and goal in the second quarter. If Dillon doesn’t get stuffed at the one yard-line, that is another touchdown.

If Green Bay converts both of those scores, they are leading 21-20 at halftime. The defense also forced the Vikings to 13 third downs and allowed four key conversions. Holding an offense to 4-of-13 on third down is generally very good. But in a game when the offense is undermanned, the defense needed to take advantage when given the opportunity. Even with their “elite” defense playing poorly and three key offensive pieces out, this team had their opportunities. They can build off those moments in practice this week.