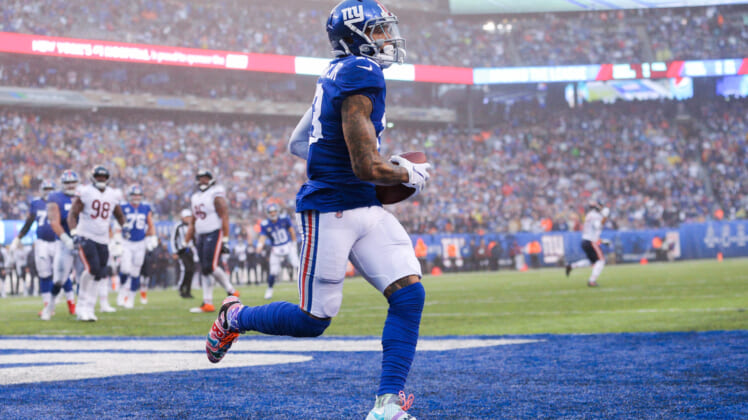 The New York Giants are reportedly looking into a Kadarius Toney trade, ready to move on from the 2021 first-round pick after only a year. If the receiver is moved, perhaps it could open the door to a reunion with Odell Beckham Jr.

Toney’s first NFL season seemingly forced his exit from a new regime. After being selected with the 20th pick, viewed as a reach by many in the league, the playmaking receiver experienced a lot of issues. While he flashed exciting talent at times, he also was sidelined by injuries and was ejected for punching Dallas Cowboys safety Damontae Kazee in their Week 5 matchup.

New York deployed him in 10 games and Toney took issue with his role throughout the 2021 season. When a new front office and coaching staff arrived, there again seemed to be trouble. After not reporting for voluntary practices, Toney’s time in New York seems to be drawing to a close. 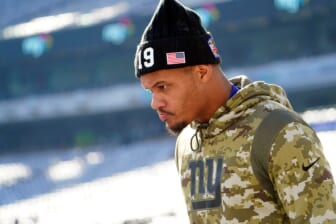 With Toney seemingly headed out the door, New York adds a new need it must address before the 2022 season. While the Giants could certainly draft a wide receiver, reuniting with Beckham Jr. might offer intriguing upside.

While some might have thought Beckham’s best days were behind him, he proved he can still play at a high level with the Los Angeles Rams. In four playoff games, he snagged 21 receptions for 288 yards and two touchdowns. Unfortunately, weeks shy of free agency, he tore his ACL in the Super Bowl.

If the Giants are looking to part ways with Toney, a reunion with OBJ wouldn’t be out of the question. The Giants need a productive receiver after they had the least productive receiving corps in the league last season.

With the exception of last season, Beckham has had over 1,000 yards receiving anytime he’s played in at least 12 games in a season. The Giants haven’t had a 1,000-yard receiver since OBJ in 2018.

He admitted that he wishes he had done some things differently in his time in New York and doesn’t seem to hold any ill will to the organization that drafted him.

Co-owner John Mara said that he reluctantly traded OBJ, because he knew what a unique talent he is, and because he personally liked him.

Mara stated last year that he still has a great relationship with Beckham and texts him regularly.

Despite ownership and Beckham being on good terms, there are two hurdles that stand in the way of a possible reunion, and they are the Giants lack of cap space, and how OBJ is progressing in rehab.

Of course, this will be a moot point if New York decides to keep the 23-year-old Toney.

Will should find out shortly the validity of Leonard’s report as rumors and trade possibilities always surface when we get close to the NFL Draft.

As a general manager, Schoen has to explore any and all scenarios that could improve his team. But unless a team blows him away with an offer, don’t bet on the Giants trading away Toney.

However, if they do, the Giants could decide on a reunion with one of their most dynamic players of all time.