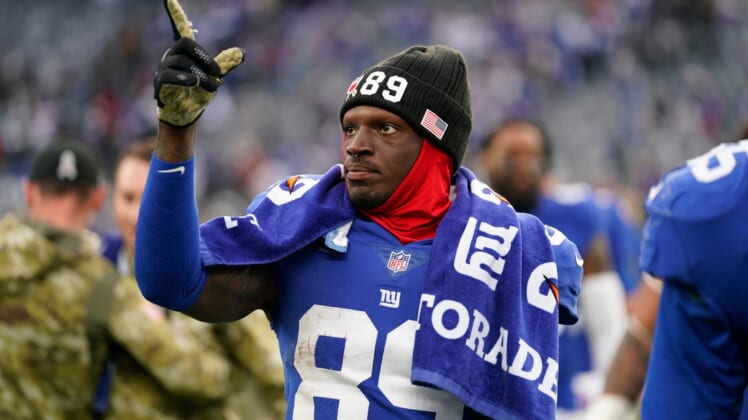 New York Giants wide receiver Kadarius Toney was not in attendance during the start of the team’s voluntary offseason minicamp on Wednesday.

While it’s hardly considered breaking news for a player to skip offseason workouts, it should be noted that Toney — the team’s first-round pick in 2021 — spent a considerable amount of time on the sideline last season.

Toney dealt with bouts of COVID-19 as well as injuries to his ankle, hamstring, hand, oblique and shoulder in his first year with the Giants.