The Washington Commanders vs Dallas Cowboys game in Week 3 puts two NFC East rivals headed in opposite directions against one another. It could also prove to be a decisive contest that greatly shapes the outcomes for both teams moving forward in the 2022 NFL season.

Rewind a few weeks ago and Washington felt confident about where it stood. Coming off a 28-22 victory over the Jacksonville Jaguars, quarterback Carson Wentz impressed in his Commanders’ debut and this team looked like a playoff contender. Fast forward to the end of September and Washington finds itself near the bottom of NFL power rankings.

It’s a very different story in Dallas. Not only did they lose 19-3 in Week to the Tampa Bay Buccaneers, but the offense looked flat and hope was lost after the Dak Prescott injury. The franchise seemed destined for a disappointing season, but backup quarterback Cooper Rush and a lights-out defense have pushed this team to consecutive victories.

All of this sets the stage for Sunday’s NFC East clash on FOX at AT&T Stadium. While one team certainly looks far superior to the other, the beauty of division battles is that unexpected things can happen. Keeping that in mind, this could be an exciting game in Week 4.

Diving into our Washington Commanders vs Dallas Cowboys preview, here are three matchups that will determine the winner.

Everything that could go wrong did for Washington in a 24-8 loss to the Philadelphia Eagles in Week 3. However, the offensive line holds plenty of responsibility for what transpired. Against a stout Eagles’ pass rush, Washington allowed 20 pressures, nine sacks, eight quarterback hurries and received the second-lowest Pass Blocking Efficiency grade (74.5) from Pro Football Focus.

Unsurprisingly, it greatly impacted Wentz. He completed just 25-of-43 attempts, finishing with an 11.4 QB and the lone touchdown drive happened in garbage time. On the other side of the field, Dallas is coming off a dominant performance on Monday Night Football that saw its defense generate 25 pressures with 12 quarterback hits and five sacks.

It creates a daunting challenge for Washington’s front five. Samuel Cosmi is extremely volatile in pass protection, allowing three total pressures in his first two games then six in Week 3. Trai Turner isn’t faring any better at right guard and left tackle Charles Leno Jr. is the only bright spot on this unit. If Washington can’t find ways to improve its pass protection, especially on the right side, Dallas could replicate a lot of what Philadelphia did.

A majority of our focus in the Commanders vs Cowboys matchup centers on defense. Pressuring Wentz is the best way to take away a lot of what Washington wants to do offensively. The Commanders are also in a difficult position Sunday with their top skill player lining up against one of the best cornerbacks in the NFL.

Look at what Trevon Diggs did in two meetings against Washington last season. According to Pro Football Focus, Diggs surrendered just four receptions in 79 pass coverage snaps, This is going to be a tough draw for McLaurin, especially with Diggs playing a bit more disciplined in 2022. McLaurin hauled in just three receptions for 40 yards in two games against the Cowboys’ secondary last season and it’s reasonable to expect he will encounter problems on Sunday.

Washington does have the benefit of a more diverse receiving corps. Curtis Samuel is healthy and playing like the offensive weapon Ron Rivera relied on with the Carolina Panthers. Meanwhile, rookie Jahan Dotson continues to make outstanding plays on a weekly basis. It should make things a bit easier for the Commanders’ passing attack when Wentz has time to throw, but our eyes will remain on McLaurin vs Diggs. 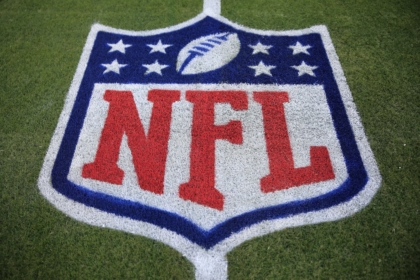 Even if there isn’t a Dallas Cowboys quarterback controversy, Cooper Rush is making a name for himself right now. Elevated off the practice squad before Week 1, the 2017 undrafted free agent is playing above expectations. He will also be the test to determine how concerned the fan base should be with the Commanders’ defense.

Entering Week 4, Washington is holding opposing quarterbacks to a 59.5% completion rate. It seems like a positive number, but it loses its value when also accounting for this secondary surrendering the fourth-highest quarterback rating (104.6), the third-highest yards per attempt (7.8) and the third-highest touchdown rate (7.2%) allowed. 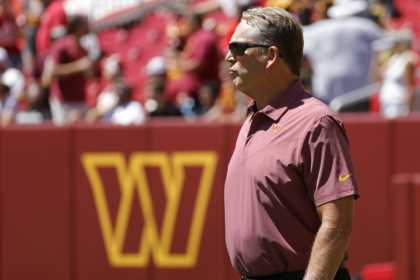 Also Read:
Why it’s time for the Washington Commanders to cut ties with Jack Del Rio

Dallas could be welcoming back Michael Gallup on Sunday, providing Rush with a dependable receiving trio of Gallup, CeeDee Lamb and 2022 standout Noah Brown. What’s really concerning for Washington is that Kendall Fuller (134.7 QB rating allowed when targeted) and William Jackson III (152.1 QB rating allowed in coverage) were liabilities in September.

If Washington can’t prevent Rush from throwing for 250-plus yards and two touchdowns, it could be the final strike for defensive coordinator Jack Del Rio. It would also be an important domino that could lead to a blowout and the realization that this is going to be a rough season for the Commanders’ organization.