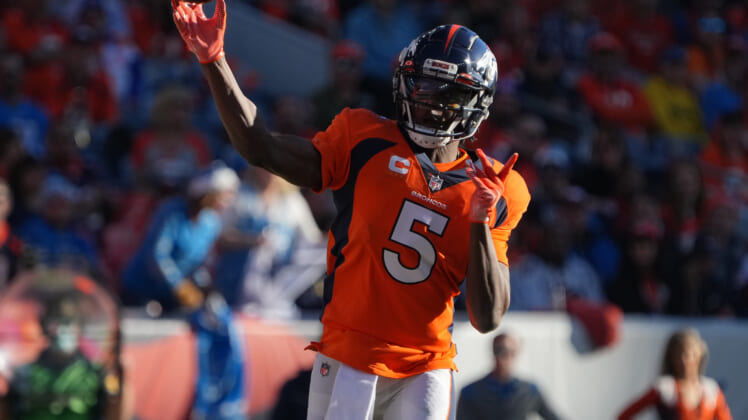 Teddy Bridgewater heads into the offseason looking to join his fourth NFL team in four years. Even with the reputation as a journeyman quarterback with limited upside, he’ll have plenty of interest from quarterback-needy clubs this offseason.

Just two years removed from signing a $63 million contract, Bridgewater gets another shot at NFL free agency. While injuries and inconsistency prevented him from achieving more with the Denver Broncos and Carolina Panthers, Bridgewater also proved he is still a starting-caliber quarterback.

Entering a time when there are more teams than ever looking to get a better signal-caller, we’ve got a few ideal landing spots in mind for Teddy Bridgewater.

Even with Sean Payton away from the team, the New Orleans Saints are a fantastic destination for Bridgewater. He is very familiar with offensive coordinator Pete Carmichael’s system, a factor that really matters as New Orleans evaluates its quarterback options. Furthermore, he is beloved in the locker room.

When Drew Brees went down in 2019, Bridgewater thrived as the starter. He displayed pinpoint accuracy, allowed the Saints’ playmakers to make things happen and the offense looked efficient. The Saints know his limitations and would put him in a situation that puts him in the best possible position to succeed. The only thing standing in the way of a reunion is the Saints’ cap problem.

The New York Giants are doing the right things. Brian Daboll is the perfect coach to create a playbook that makes Daniel Jones play like a viable starting quarterback. The front office is also expressing a strong desire to build a better supporting cast around the signal-caller under center. However, we’ve seen that Jones can’t be consistent and it’s very possible he’s benched or hurt at some point during the 2022 season.

Enter Teddy Bridgewater. Behind a revamped Giants’ offensive line, he is the perfect short-term solution. The veteran will make accurate throws with good timing to Kenny Golladay, Saquon Barkley and Kadarius Toney. While he doesn’t provide a high ceiling for the Giants, Bridgewater won’t lose games on his own like Jones. Furthermore, his play will allow New York to do a thorough evaluation of the talent on offense before drafting its next franchise-caliber quarterback.

In a perfect world, the Pittsburgh Steelers acquire Aaron Rodgers or Deshaun Watson. However, the franchise lacks the draft capital and cap space to land an elite quarterback. As for Jimmy Garoppolo, an organization that rarely parts with high-end picks would likely prefer a free-agent option over trading a Day 2 pick for Garoppolo.

Bridgewater is the ideal bridge starter for a rookie quarterback. It’s worth noting that Pittsburgh reportedly loves Malik Willis. He’s worth targeting in the first round, but there is universal agreement in NFL circles that Willis isn’t ready to start in 2022. Bridgewater is superior to Mason Rudolph and would help the Steelers compete for a playoff spot next season if they are carried by the defense and Najee Harris.

The Cleveland Browns lost confidence in Baker Mayfield. While there is a public commitment to the former No. 1 pick as the starting quarterback next offseason, the front office is exploring alternatives. It doesn’t necessarily mean Mayfield will be traded, but he will likely face competition for the starting job in training camp.

Bridgewater might not win the job in training camp, given Mayfield’s resume. However, he’s more than capable of replacing him when Mayfield inevitably throws multiple interceptions that prove costly. Cleveland already boasts a dominant rushing attack and a strong offensive line. If it spends top picks on pass-catchers, this can be a great fit for Bridgewater. 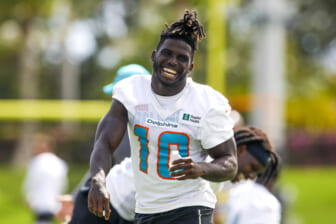