Minnesota Vikings quarterback Matt Cassel went down with a toe injury in the second quarter of their game against the New Orleans Saints. With Cassel unable to return to action, Vikings head coach Mike Zimmer called on rookie signal caller Teddy Bridgewater to see the first regular season action of his career.

The first-round pick proceeded to lead Minnesota to a scoring drive on his initial possession and has the team close about halfway through the third quarter.

Meanwhile in Jacksonville, Blake Bortles was sent out with the first-team offense immediately after halftime had concluded.

Unlike in Minnesota, this wasn’t due to injury.

Veteran starter Chad Henne completed just 4-of-7 passes for 33 yards as the Jaguars found themselves down 30-0 against the Indianapolis Colts at the half.

And the stats were about as ugly as it gets. 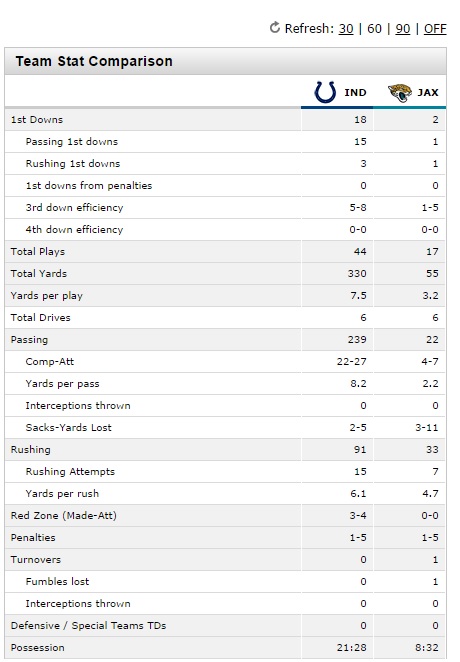 Heck, even Johnny Manziel saw the field for the Cleveland Browns. However, that didn’t end too swimmingly as the Texas A&M product caught a long pass from Brian Hoyer, which was called back due to a flag on the Browns.

In any event, some teams are now looking their future directly in the face during the third Sunday of regular season NFL action this year.

Sportsnaut will analyze how each rookie quarterback performed in an extensive article come Monday.