It’s been a long time coming for the San Francisco 49ers, but they will officially open up a brand-new stadium with a ribbon-cutting ceremony at Levi’s Stadium in Santa Clara Thursday afternoon.

NFL Commissioner Roger Goodell is expected to join 49ers brass for the official opening, one month to the day before they play their first game in the state-of-the-art stadium against the Denver Broncos next month.

Voters in Santa Clara approved the stadium four years ago and the 49ers broke ground just 28 months ago. The process has been relatively speedy and hassle-free for everyone involved.

At a $1.2 billion cost, Levi’s will represent the first of a new mold of stadiums around the professional sports world. It will enable every spectator access to individual replays from their seats on their mobile devices. In addition to that, there will be a fantasy football lounge as well as the best quality WIFI you can find in any sporting event the world over.

The stadium itself is rather magnificant.

It’s also going to boast the first green roof in a North American stadium, which enables some of the eletricity that’s being used to come naturally. In fact, the 49ers plan to run it year-round, which will pretty much make up for 10 game days. 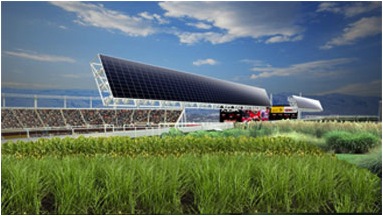 And solar-power clad pedestrian bridges for fans to walk through. 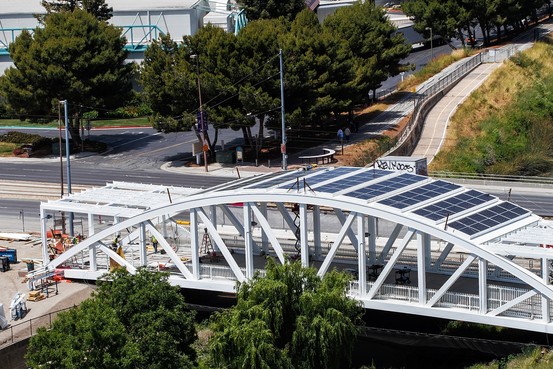 Courtesy of The Wall Street Journal

In addition to hosting the Pac-12 Championship game and other events, Levi’s Stadium was also selected to host Super Bowl 50. 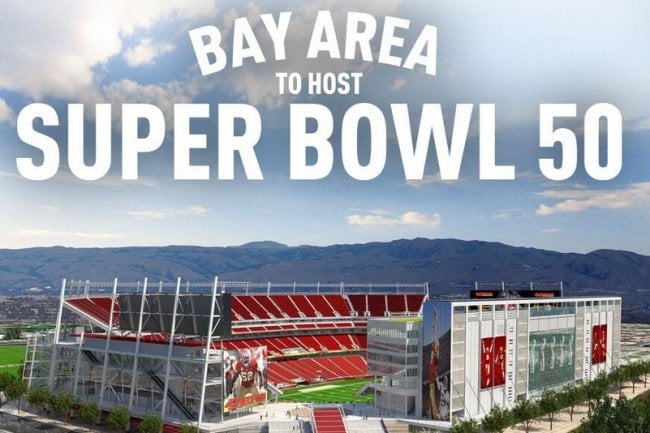