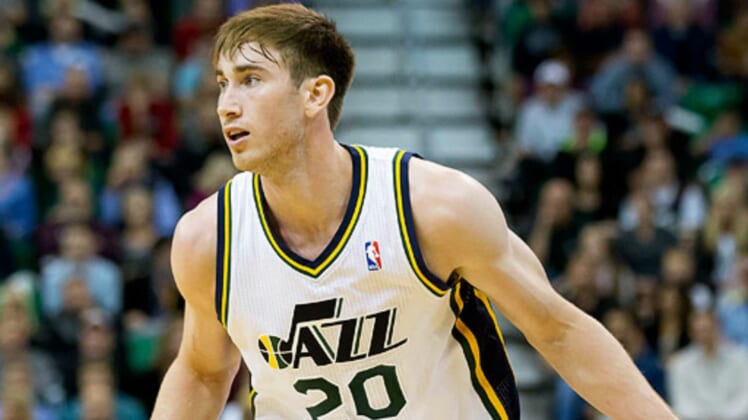 Utah Jazz forward Gordon Hayward is going to get paid this offseason. It just remains to be seen by who and where he will end up when all is said and done. While the Jazz have reportedly indicated they’re willing to match any offer for the young player, it hasn’t stopped teams from scheduling visits with Utah’s leading scorer from a season ago.

In addition to that, it appears one team in particular is planning to offer Hayward a max contract.

Hayward, a small forward by trade, would be a rather interesting pick up for a Cavaliers team that exhausted the No. 1 overall pick in the 2014 NBA draft on Andrew Wiggins.

The former ninth overall pick from Butler averaged 16.2 points, 5.1 rebounds and 5.2 assists per game last season. Adding him to the mix would likely indicate that the Cavs are prepared to play Wiggins at the guard position next to Kyrie Irving or use the Kansas product as potential trade bait.