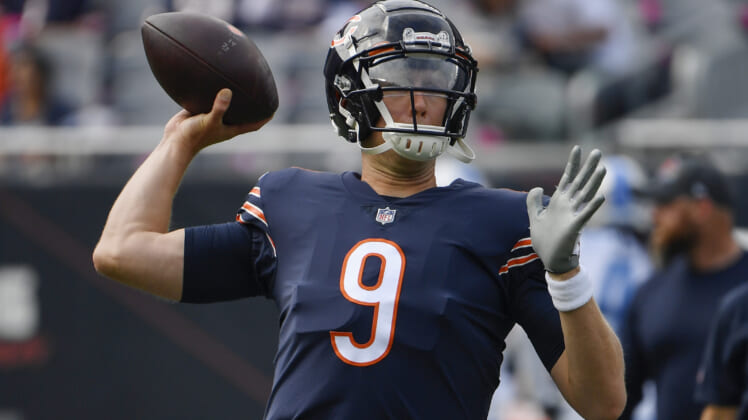 The Chicago Bears fortified their quarterback room by signing Trevor Siemian, a move that could put Nick Foles on the outs once again with his name floated in NFL trade rumors.

Chicago traded a fourth-round pick in the 2020 NFL Draft for Foles in March 2020, acquiring him to serve as competition for Mitchell Trubisky. After making seven starts during his first season with the Bears, he was moved down to third-string quarterback last season after Chicago signed Andy Dalton.

A year later, Siemian is arriving on a two-year, $4 million contract. With a serviceable backup in place to mentor Justin Fields, it seems Chicago is once again trying to shop Foles around the league.

According to Mike Garafolo of NFL Network, the Bears are exploring their trade options with Foles. The effort to move him comes just weeks after the franchise paid him a $4 million roster bonus.

It’s not a great spot for the Bears to be in, especially after they already paid Foles his roster bonus. There are veteran quarterbacks available in free agency (Ryan Fitzpatrick, Andy Dalton, Geno Smith and Cam Newton) with starting experience. If a team needs depth at the position, there are cheaper options available.

We’d still bet against the Bears finding a trade partner for Foles, they missed their opportunity years ago. Ultimately, this likely ends with Foles being cut and then he joins a crowded field of veterans looking for work.