Sometimes you just have to sit back and read the title of an article again before actually delving further into the article itself. So, let’s go ahead and repeat the title of this article for those of you who are confused.

The Huffington Post has hired on the former NFL wide receiver on as one of its national security fellows.

Stallworth, a first-round pick of the New Orleans Saints in 2002, recorded nearly 5,000 receiving yards in an 11-year NFL career that wrapped up back in 2012.

But he is better known for striking and killing a Florida man while driving his Bentley under the influence of alcohol back in 2009. Stallworth pleaded guilty and served just 24 days in jail for the incident. His story has been in the news more recently due to the NFL’s decision to reinstate Dallas Cowboys defensive tackle Josh Brent after he killed teammate Jerry Brown while also driving under the influence of alcohol back in 2013.

While Stallworth has obviously turned his life around from those dark days a few years back, there is no reason to believe he’s qualified for this position.

And it’s also important to note that Stallworth is what we call a  9/11 truther. 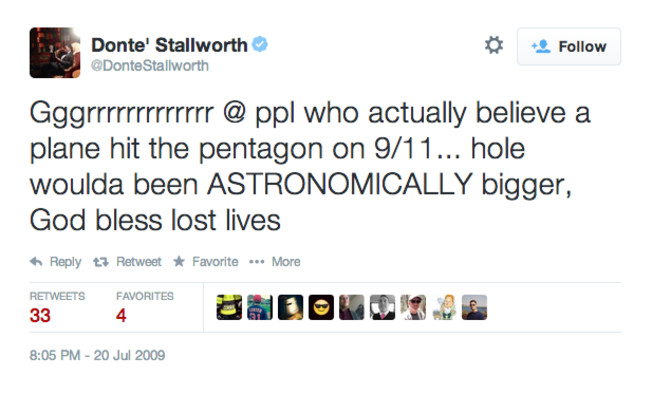 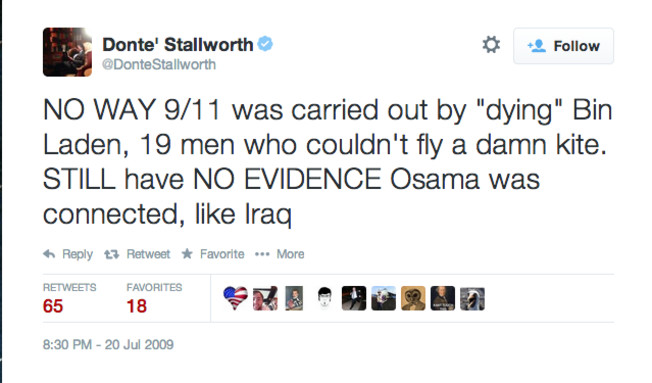 Good job by Huffington Post here. At least we all know (sarcastic font) that they brought in a guy so in touch with the reality of national security.

Don’t count this one scribe as someone who will be looking for expert analysis about ISIS from Stallworth.