Jeff Fisher Goes on the Attack Against ESPN, Josina Anderson 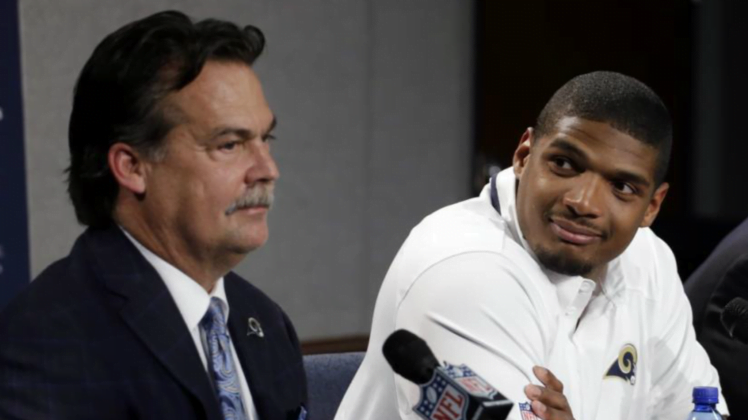 NFL head coaches tend to have a relationship with their players that extend to off the football field. They give off-field advice, tutor them on the issues that are presented to players in the real world and get offensive when players are unfairly scrutinized by the media and skeptics.

This is exactly what St. Louis Rams head coach Jeff Fisher did in defense of rookie defensive end Michael Sam, who (as widely known) is the first openly gay NFL player. The day after ESPN ran a story on Sam’s showering habits, Fisher took to the media in order to throw some stones in the direction of the “sports leader” and reporter Josina Anderson.

And it was quite awesome (via St. Louis Post-Dispatch).

I’m extremely disappointed in her (Josina Anderson). I think it’s unethical,” Fisher continued. “I think it’s very, very unprofessional. Not only the piece itself, the content. The manner in which she did it.

Obviously she came in, in all likelihood to see if there was gonna be a roster move at the 75 cutdown as it relates to Mike Sam. That didn’t happen. But she needed to do something, and it’s my understanding that she manufactured this story.

If you have watched the “report,” it is nothing more than Anderson attempting to make up a story that shows a Rams locker room uncomfortable with a gay player on the team. In an awesome turn of events, multiple Rams players refused to play into the dialogue. And defensive end Chris Long even decided to take to Twitter in order to air his issues.

Long had every right to react in that way. Anderson seemingly hell-bent on making up a story about Sam’s locker room and showering habits and how it might impact players on the team is playing to the idea that ESPN is turning into a shock-jock television station more than anything else.

For his part, Fisher wasn’t done.

She was out of line because she went and contacted several players on their personal time. Misled them with questions and then put this piece together.

Let’s hope this non-story collects dust as we move on to the NFL regular season and Sam attempts to make his dream come true by earning a spot on the 53-man roster. Unfortunately, outlets like ESPN may never let the “story” die down.