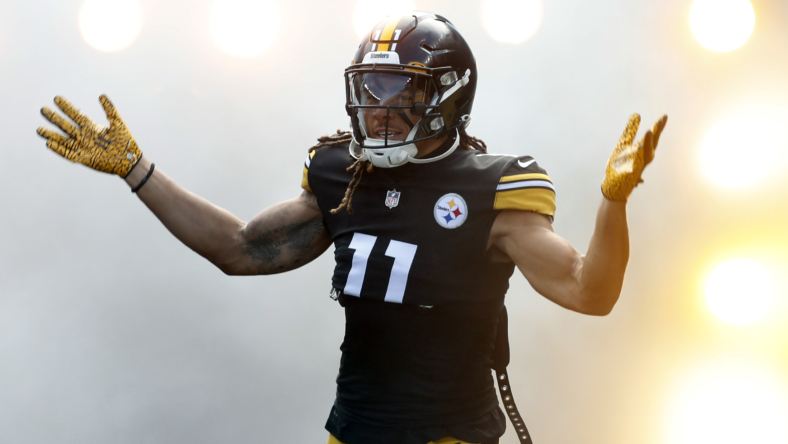 Chase Claypool has been extremely productive in his first two-plus seasons with the Pittsburgh Steelers after they made the former Notre Dame standout a second-round pick back in 2020.

That included the 24-year-old Claypool tallying north of 800 receiving yards in each of his first two seasons. Apparently, this is not enough for a struggling Steelers organization to view him as an important part of their future.

According to ESPN’s Jeremy Fowler, Claypool was the subject of trade talks during the preseason. Fowler notes that Claypool is also a name to watch ahead of the Nov. 1 NFL trade deadline.

Still young and under team control through the 2023 season, Claypool will draw a ton of interest on the trade market. That includes contenders and non-contenders alike. In turn, Pittsburgh is said to be demanding a nice bounty in return. Below, we look at four ideal Chase Claypool trade scenarios from the Steelers.

We mean no disrespect in the direction of Darnell Mooney. He looked darn good for Chicago a season ago. Unfortunately, the youngster has struggled connecting with Justin Fields thus far in 2022. He’s recorded just 17 receptions and is catching 51.5% of his targets through six games.

With Fields continuing to go through growing pains, finding a 6-foot-4 pass-catcher would be a major boon for new general manager Ryan Poles. The second-year quarterback doesn’t have someone who boasts the catch radius as Claypool. Perhaps, Chicago offers up a second-round pick in 2023 and another high-round selection in 2024 to get this done.

Kansas City Chiefs go all in with Chase Claypool

At 4-2 on the season, it doesn’t seem that Kansas City is missing recently-traded wide receiver Tyreek Hill too much. But that’s just on the surface. New additions JuJu Smith-Schuster and Marquez Valdes-Scantling have combined for one touchdown in six games. Mecole Hardman has not stepped up at the rate Kansas City expected to open the season.

Even with a downtick in production, Claypool would be second among Chiefs wide receivers in receptions. Getting Patrick Mahomes that type of consistency out of the slot would be pretty big. It would also enable Smith-Schuster to play more out on the boundary. Kansas City could entice Pittsburgh with its first-round pick in 2023 to get this done.

Despite major issues at wide receiver, the Giants find themselves at a shocking 5-1 on the season following their upset win over the Baltimore Ravens in Week 5. Whether this is sustainable moving forward remains to be seen. What we do know is that new general manager Joe Schoen could very well look to provide an upgrade at wide receiver ahead of the Nov. 1 NFL trade deadline.

Heading into Week 7, Richie James lead all Giants receivers with 19 catches. The only active receiver on the active roster that has done anything of substance with Sterling Shepard out for the season is David Sills with a mere nine catches. If New York wants to help Daniel Jones improve under center, sending multiple early-round picks to Pittsburgh for Claypool makes a ton of sense. 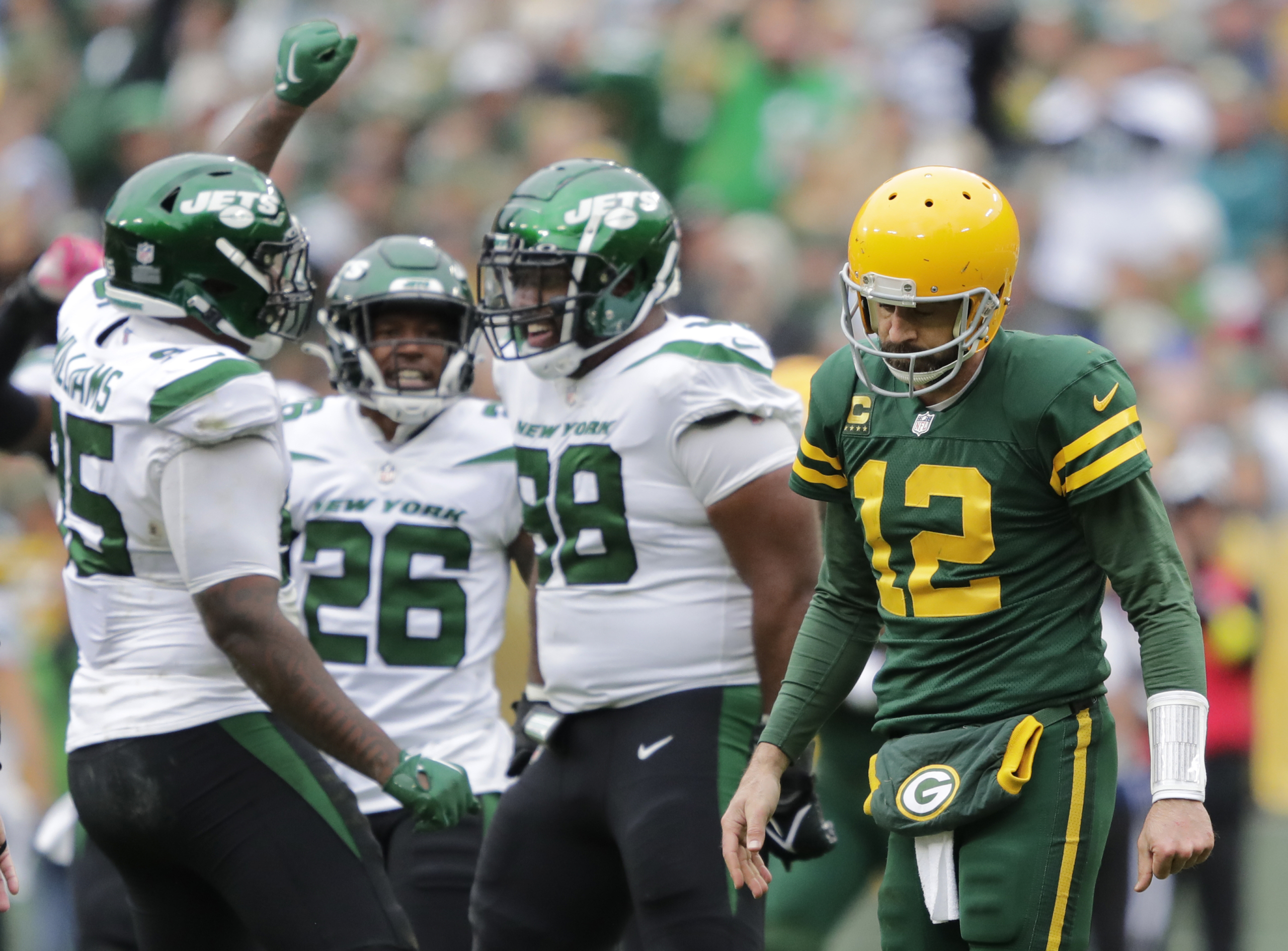 Fresh off a brutal two-game losing streak at the hands of the Jets and Giants, Aaron Rodgers has made it clear that Green Bay general manager Brian Gutekunst should make a move ahead of the deadline.

“There’s the possibility if certain guys emerge of us having a chance to make a run. I know Brian believes the same thing. But if there’s an opportunity, I would expect that Brian will be in the mix.”

Rookie Romeo Doubs leads Packers receivers with 26 catches. Though, he’s averaging just nine yards per catch. Allen Lazard is second with 20 receptions while an injured Randall Cobb comes in third. It’s time for the struggling Packers to make a play for someone. And in reality, someone of Chase Claypool’s ilk makes the most sense.