The Carolina Panthers surprised everyone when they fired offensive coordinator Joe Brady in Week 13. While Jeff Nixon, a longtime associate of coach Matt Rhule, has taken over as the interim coordinator, that is not the permanent plan.

ESPN’s Adam Schefter passed along word that the team is hoping to interview Alabama offensive coordinator Bill O’Brien and former Jacksonville Jaguars offensive coordinator Jay Gruden for the open position. The Panthers are also interested in talking with Los Angeles Rams OC Kevin O’Donnell, who could be interviewed for the lateral move since he is not the play-caller under Sean McVay.

Whoever gets the job in Carolina, they are expected to take over play-calling duties from Nixon. 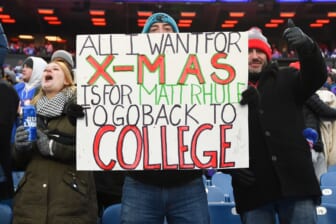 O’Brien previously had the experience of being the head coach with the Houston Texans, where he went 52-48 across six and a half seasons. He then joined Alabama the following year, where he’s remained since. The only time O’Brien’s offenses have been in the top-10 in the NFL was the sole season he coordinated the New England Patriots‘ offense in 2011 with Tom Brady leading the way.

The other well-known candidate is Jay Gruden, who also has six years of head coaching experience under his belt with the Washington Football Team. In his time, Gruden went 35-49-1. He’s also spent time as the offensive coordinator for the Cincinnati Bengals and most recently with the Jaguars in 2020. Gruden’s teams have led a top-10 scoring offense just twice in his 10 seasons as coordinator or head coach.

More importantly, the Panthers need to discover who their next franchise quarterback will be, or coach Rhule could be the next to go next season. Sam Darnold is still under contract, but they are fully expected to add to their quarterback room in the offseason. 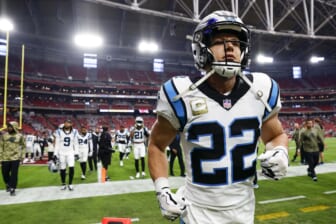