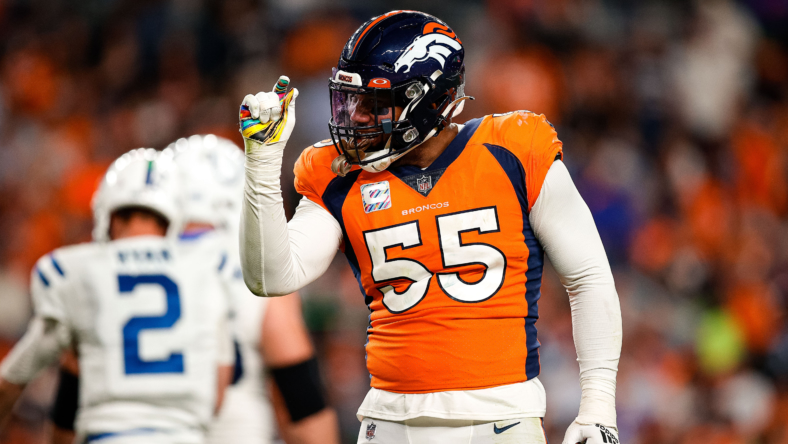 There was no need for this. The Miami Dolphins were already strongly considered among the best teams in the AFC, only now, by adding Pro Bowl pass rusher Bradley Chubb, they have become top contenders in the entire NFL.

While the Dolphins may not have been suffering, it never hurts to add elite talent, especially in the form of a top pass-rushing threat.

Yet, as we know, landing a player of Chubb’s caliber did not come cheaply. Here are the full details of the trade, per Tom Pelissero.

The previous reports suggested the Broncos were asking for a first-round pick in return. Miami getting him for what projects to be a later first-round pick, likely somewhere between 18-31 (20 right now), has to be considered a win.

Miami Dolphins going all in with Bradley Chubb trade

After an offseason spending spree that brought in Pro Bowl talent like left tackle Terron Armstead and world-class receiver Tyreek Hill, the Dolphins are showing they’re ready to prove themselves as legitimate Super Bowl contenders.

Chubb immediately becomes the best pass-rusher on the team, forming a dangerous duo off the edge with 2021 first-round pick Jaelan Phillips. With Phillips being just 23 and Chubb 26, the Dolphins now have a potent bunch of sack artists for the foreseeable future, which should only make Josh Allen, Zach Wilson, and Mac Jones shudder at the thought. The Bills may be short-term favorites in the AFC East, but if there’s one thing we’ve learned about the Dolphins, it’s that they expect to swim with the big fish too.

Making this trade worth it in the long run, the Dolphins are expected to reach a long-term extension with Chubb, keeping their newest acquisition in South Beach for multiple seasons. Chubb is in the final year of his rookie contract, earning $7 million in 2022 and is set for free agency at the end of the season, but general manager Chris Grier doesn’t anticipate the edge rusher ever hitting the open market.

Chubb has battled some injuries since becoming the fifth overall pick in 2018, but he’s back on track for a massive season. Now joining a talent-rich Dolphins team, expect his profile to only continue growing in Miami.