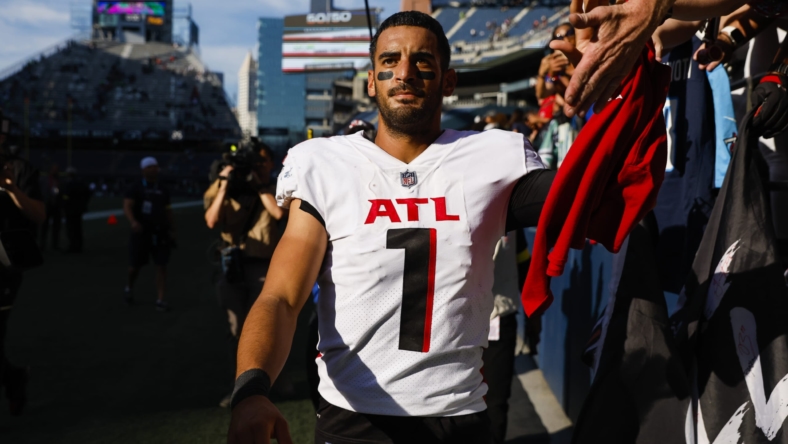 The two-year contract Marcus Mariota signed with the Atlanta Falcons in the offseason has quickly become not only the best deal in football this season, but will likely be a steal again in 2023.

Sure, teams like the New York Giants, Seattle Seahawks, and New York Jets have been the surprise squads this season. However, the Atlanta Falcons certainly deserve some respect on their names as well. Heading into Week 9, the 4-4 team currently is in first place in the NFC South, ahead of the star-studded Tampa Bay Buccaneers.

While the organization was viewed as one in the midst of a rebuild, several players have far exceeded expectations. The coaching staff’s decision to make Cordarelle Patterson a running back last year has continued to pay major dividends in 2022. Plus, rookie Drake London is well ahead of schedule and has become the team’s WR1 already.

However, this team has overperformed this season — despite having one of the worst defenses in the league — due in no small part to the quarterback play of Marcus Mariota. No, the second overall pick in the 2015 NFL draft hasn’t finally ascended to the level many thought he would attain as a top prospect seven years ago. But he has outplayed his contract in a serious way and has been one of the best game managers in the entire league this season.

Mariota is unlikely to land a spot in the Pro Bowl, but there is a real chance he could lead his team to the playoffs, and in the end, that is more important. While the 29-year-old is middle of the road or worse in passing yards, completion percentage, and touchdowns, he is better than several top quarterbacks in two key categories: Passer and QB rating.

The two stats best some up how efficient and effective the athlete at the most important position on the field is. In 2022, he has a passer rating of 92.7. It’s the second-best of his career, and currently higher than Kirk Cousins, Justin Herbert, and Kyler Murray. A trio of QBs thought to be much better than him. 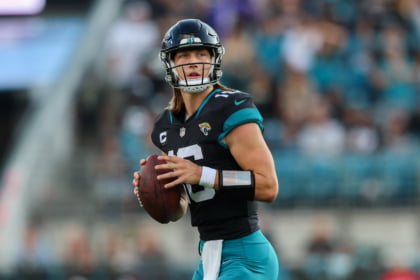 When it comes to QB rating, he is seventh in the NFL and above elites of the sport like Joe Burrow, Tom Brady, and Aaron Rodgers. This is important because not only has it helped lead the Atlanta Falcons to first place after eight games, but the team is getting this kind of play at a pretty cheap rate for the position.

In 2022, Mariota is set to make just under $2 million in base salary, after receiving a $5 million signing bonus (via Spotrac). While his average annual value is just over $9 million after signing for two seasons and $18.7 million this spring, all of that is not guaranteed. Especially in the first season.

Yet, what makes Mariota’s deal a stroke of luck and genius is the fact that if the is on the roster next season — which he will be — he will only cost the team just over $9 million. The Falcons could have a very competent starting QB, that reached the playoffs, for under $10 million dollars in a market where signal callers make absurd rates.

That won’t be the case for the Seattle Seahawks and MVP candidate Geno Smith who is set to be a free agent after they only signed him to a one-year deal in the offseason. Even if Mariota failed, as many expected, and rookie Desmond Ridder took the job from him during the season, the Falcons could have cut the former Titans’ talent and only have been on the hook for just over $6.75 million. 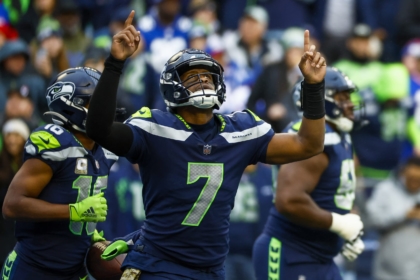 Yet, here we are. The Falcons are a first-place team. They have one of the better offenses in the league. Don’t have to rush Ridder into being the starter, and have a strong candidate for comeback player of the year competing for a serious discount. This season has been a very good one for the Dirty Birds.